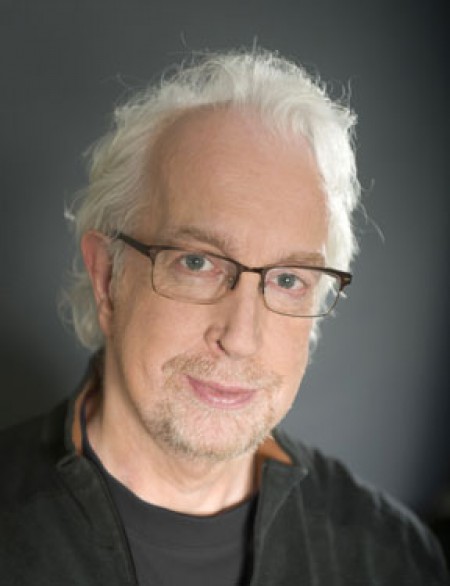 As the Tony Award-winning artistic director of Chicago’s famed Goodman Theatre, Robert Falls (’76) has a flair for the dramatic.

But cross his heart, this favorite Campus­town memory — set in the winter of 1974, two years before he graduated with a bachelor’s of fine arts — went down just the way he describes it.

Cue the lights. We’ll let Falls take it from here.

“I was 20. I worshiped Joni Mitchell and had worn out the grooves of her landmark record, ‘Blue.’ She had recently released another masterpiece, ‘Court and Spark,’ and I was doing the same wear-and-tear job on it. I was convinced that if she only knew me, none of this angst she was experiencing and singing about would be necessary. I could make her happy.

“I discovered that she would be touring to Champaign and would be playing two nights at the Assembly Hall. I grabbed a ticket immediately for the second show on a Saturday night. A very long story, but I was living in the Hilton Hotel that year with two roommates and discovered that she and her band would be staying there for the engagement. As the time came closer to the concert, my obsession to meet Joni intensified.

“The weekend she arrived, I slipped the guy behind the desk a 10-spot and asked him for her room number. He told me. I realize this is a really creepy story in this day and age — well, any day and age — but I was possessed with love and awe for her extraordinary artistry. But I was also kinda stalking her.

“Friday night while she was performing, I drank a few — well, quite a few — gin and tonics. I walked around campus maybe three times and finally came back to the hotel, around 11:30, midnight and went to the hall outside her room and wanted to knock on her door. What would I say if she answered? ‘I think you’re the greatest artist of our time. Just saying.’ Or simply, ‘Thank you for your work. Especially ‘Blue’ and ‘Court and Spark.’

“I knocked once, my heart pounding, and I stood there at least two minutes waiting. Nothing. ‘Thank God,’ I thought.

“I was humiliating myself and turned to walk away just as the door opened. Joni. ‘Yes?’ I was silent. ‘Yes?’ she asked again. I felt my mouth open as I said, ‘So you wanna go out dancing or something?’

“‘Just a minute,’ she said and disappeared into the room. I felt ill. What was I doing?

"She appeared a few seconds later in a giant scarf, a long blue coat that matched her eyes, and a big hat that covered her face. ‘Let’s go,’ she said.

"We went across the street — was it down a tiny hill? Are there tiny hills in Champaign? The Red Lion. A bar with a band. I remember popcorn and pitchers of beer. I remember Joni thanking me for getting her out of the room. She was mad at her drummer boyfriend and told me she wanted to go out and have a drink after her show, but he didn’t. Apparently, a pretty big fight.

“She talked nonstop for maybe an hour and a half, mostly about boyfriend problems — never asking me my name or anything about me. Which was fine because I got to dance with Joni Mitchell and drink a pitcher of beer with her.

“I walked with her back up the tiny hill and to her room. She kissed me on the cheek and said, ‘You’re not the best dancer I’ve ever been around, but thanks for the beers,’ and she went into the room, closing the door behind her.”