Bob Martinez’s welcome-to-the-Midwest moment arrived in January 1962, when he got his first taste of arctic air just after arriving for grad school.

“I thought hell had frozen over,” says the man who’d go on to become Florida’s first governor of Hispanic descent. “It was cold and gloomy. My wife and I, both Tampa natives, had never been in real cold weather.”

The future cabinet member in President George H.W. Bush’s White House lived near Crystal Lake Park, “on a shoestring budget with a wife, a two-and-half-year-old daughter and a seven-month son. Our favorite eating-out places were Steak ’n Shake on Wright Street and McDonald’s at Five Points.”

In the end, the struggles were worth it, Martinez says. The master’s degree from the UI’s Labor and Industrial Relations Institute “opened the door to becoming a well-known teacher union leader, owner/operator of my family’s Cafe Sevilla Spanish Restaurant, mayor of Tampa, governor of Florida and United States drug czar. 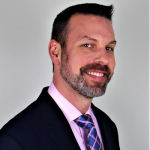