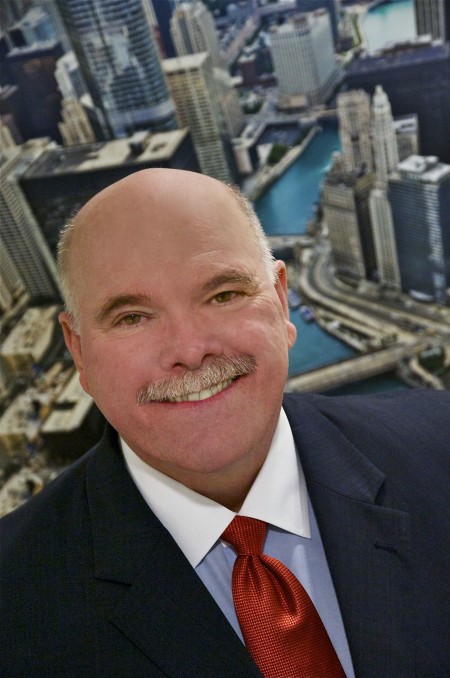 The civil and environmental engineering program that Andy Richardson was a part of at the UI was annually ranked among the best in the land.

And the Illini football team he joined for one year? Not so much.

“If I had to narrow down all of those wonderful U of I experiences to my favorite campus spot memories, I would choose both the Engineering Campus — from the old Engineering Hall to, at that time, the new Newmark Civil Engineering Laboratory — as well as the intramural playing fields and courts by the old Huff Gym and in IMPE," says the chairman and CEO of a century-old, Chicago-based engineering firm.

“In both of these places, I not only had the valuable opportunity to engage with a broad range of people with diverse backgrounds, I also had to challenge myself to rise to higher levels of competition both in the classroom and on the playing fields.

“Of course, the University of Illinois civil and environmental engineering program was consistently ranked as one of the best in the nation, which meant that we had exceptional professors with high expectations of performance, as well as outstanding students from all around the world striving for a coveted engineering degree from U of I.

“Adding to that, as a freshman, I had the honor of becoming a member of the Fighting Illini football team. We were 5-6 that year and Bob Blackman was the coach. Unfortunately, it wasn’t a good season for our team, but we did have fun.

"Although I got injured and didn’t continue on the team after my freshman year, I found great satisfaction participating in the incredibly competitive intramural football and basketball programs.

“What became readily apparent to me is that to succeed in both the classroom and on the playing field, you have to contribute as part of a team. In the engineering program, we worked together in team labs and projects, where we needed to first understand the ideas of our team mates, and then figure out how to set a goal and achieve a successful outcome.

“Ultimately, through my experiences in both the classrooms of Engineering Hall and the playing fields of the IMPE, I learned how to engage, interact and truly respect all people — and, what a rewarding experience it is to be part of a team.”