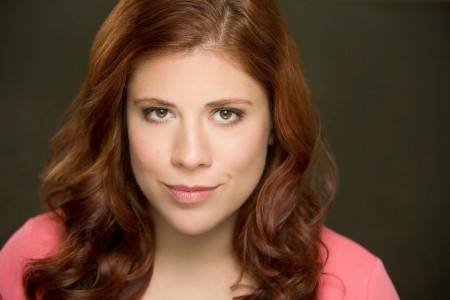 As a proud alumna of Illinois’ MFA/acting program, there's not a nook or Krannert cranny Cassandra Cushman didn’t explore from 2012-15.

“We were always looking for places to rehearse that were tucked away,” she says from New York. “One of my favorites is the foyer of the Tryon Festival theatre — a lush, red velvet floor and stairway that was perfect for rehearsing scenes from ‘Macbeth’ and other classics.

“On sunny days, our movement professor, Robin McFarquhar, would take us out to the Ampitheatre to work on our stage combat. The hoards of students walking by to class would stop and oggle as we fought with swords on the steps.

“I spent most of my stipend on coffees and ginger lozenges at Espresso Royale, directly across from our main acting studio, 2AB. 2AB is a super old drama studio, its floors have trained hundreds of students, but it’s one of the best classrooms because it has a peak of natural sunlight. Tip: Take Vitamin D while training at Krannert, which is primarily underground.

“I have so many professors that shaped my life at Illinois, but I hold a special spot for three of them: Robin McFarquhar, who taught me to stand in my power and to fight; Robert Ramirez, who opened my voice and saw my potential, and Robert Anderson, my acting teacher — he really prepares actors to be professionals, he is a champion of our goals.

“I am indebted to them and in no way can separate my experience at UIUC from them, along with countless others.”