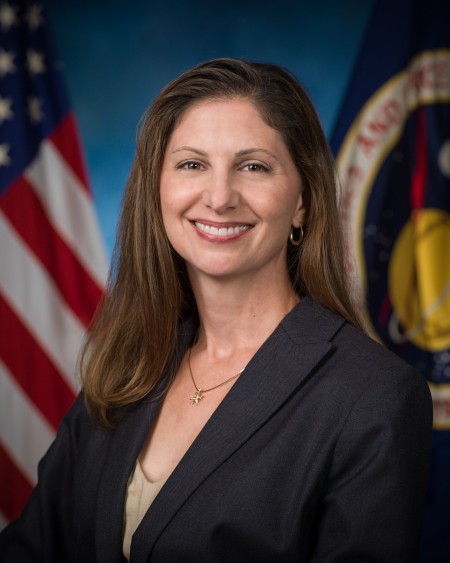 From the Chicago suburbs to the far reaches of outer space, two-degree UI grad Catherine Koerner has seen no limits in her career.

During her 30 years at NASA, Koerner has directed space shuttle flights, International Space Station operations, astronaut health and performance, and now oversees exploration missions to the Moon and beyond.

As NASA's newly appointed program manager for the Orion spacecraft, Koerner is responsible for the development and operations of the world’s first interplanetary spacecraft that will carry astronauts on Artemis missions to the Moon and return them safely to Earth.

Her vision of limitless success all began at the UI, where Professor Lee Sentman convinced her to go to grad school and earn her master’s in aerospace, aeronautical and astronautical engineering.

“Some of my favorite memories at U of I were centered around my grad school office in Aero Lab B,” Koerner says. “Sharing an office with eight other people in an historic landmark building with a wind tunnel was a unique experience.

“You couldn’t get much work done when the engines were roaring during testing. But it was a great reminder that there were amazing things happening at Illinois.”

Illinois gave Koerner the know-how and confidence to pursue her dream career at NASA.

“I’m honored to lead the Orion team as we prepare to put the first woman and next man on the Moon," she says.