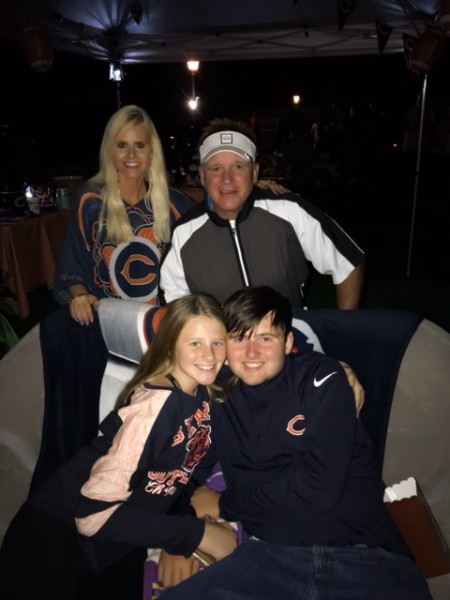 One of Mark McGowan’s most unforgettable Illini moments as an Illini happened off campus — way off campus.

It was the fall of 1987, the eighth — and what would wind up being, the final — season of Mike White’s tenure as football coach. McGowan, a star offensive lineman who’d go on to earn honorable mention All-America honors and co-captain John Mackovic’s first Illini edition the next year, started every game at right guard in 1987. That included a 34-14 thumping by the Tar Heels to kick off the season in Chapel Hill, N.C.

“I can’t use the actual language but the most amazing thing that ever happened was after the Illini-North Carolina game in Chapel Hill. After we lost, Mike White told Ed Schwartz to call the airport and tell the plane we were going to be late.

“We were told to put all our equipment back on and get onto the field. We ran goal-line scrimmage for 30 minutes to an hour as North Carolina fans watched in dismay. Old school,” says McGowan, who has worked the past 24 years at Raymond James in Chicagoland and now holds the title of managing director.