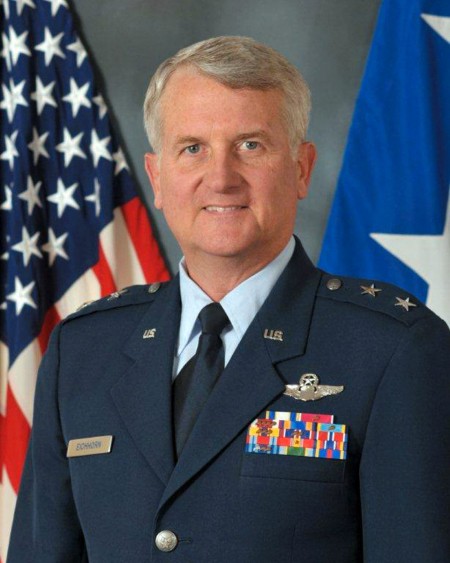 Heard the one about the college long shot whose own mother didn’t believe he’d amount to much and went on to prove everyone wrong?

“As the first and only person in my family to go on to college, I had no idea what to expect," he says. "My mom even went so far as to ask my girlfriend at the time if she thought I’d make it.

"My mom then answered her own question, saying, ‘I don’t think so.’

"None of us knew anything about the University of Illinois and the doors it and the Air Force would open for me.

“Today, after 35 years in the U.S. Air Force, a retired two-star general and a test pilot who flew over 47 different aircraft, I guess I showed my mom I could make it in the big time.”