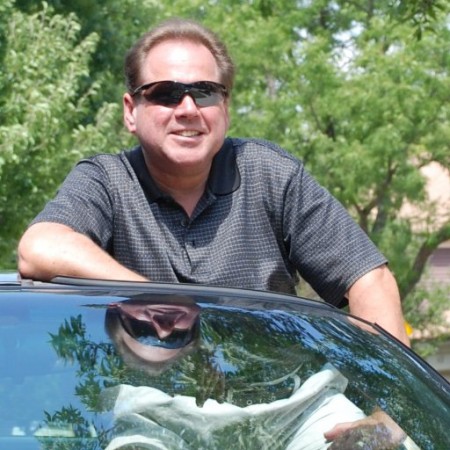 Tucked away in the basement of Illini Hall, it was “a firetrap, messy, smelly, hot — and the place I most wanted to be for four years at the U of I,” he says.

“I got lucky with my first story at The Daily Illini, when Paul Ingrassia sent me to a state agency meeting where they just happened to be discussing tuition hikes. I was the only reporter there, so we ran it as an exclusive — and I was hooked.

“I decided I didn’t want to major in chemistry, opting instead for the life of a reporter. It was a deal I’d take again.

“After graduation, I spent time as a reporter and editor, ran a consulting business, started a non-profit, wrote books, won a few awards and found my calling as a dad.

“At pretty much every step along the way, I’ve found a way to avoid a trap, find a solution or live with a bad situation, thanks to the years I spent in Illini Hall.”

Lucky for him, the future UPI Midwest correspondent and Barron’s contributor had a few juicy subjects to write about as a budding reporter.

“I received a doctorate in political science from two local politicians as I focused on state and county government at The Daily Illini: State Rep. John Hirschfeld and Champaign County Chair Wesley Schwengel.

“Students were fighting for the right to vote on campus in the early ‘70s and the local political establishment was not exactly warm to the idea, but they found ways to adapt to the changed landscape.

“Hirschfeld was always good for a quote and a controversy, including his role in a failed attempt to replace W. Robert Blair with Henry Hyde as Illinois House Speaker.

"The university was not a big topic for Schwengel, who focused primarily on the vast open spaces outside C-U and the empire-building opportunities they presented, but his maneuvering and management style provided multiple lessons about rural politics.”