The most influential Illini during Erik Antonsen’s decade on campus? It’s at least a four-way tie for first for the three-degree grad who now reports to work at Houston’s Johnson Space Center.

In no particular order ...

— “Rod Burton was my MS and Ph.D. advisor in Aerospace Engineering and I learned so much from him,” says NASA’s assistant director of human systems risk management.

“He used to spend time at the white board doing ballpark calculations for the plasma rockets we worked on and all his grad students would call it ‘Burton Math’ because we never would have thought about the problems in the way he did until he drew it all out for us.

— “David Ruzic in NPRE was my post-doc advisor and we spent a lot of time building and breaking things.

— “Lee Sentman taught me some of the most valuable lessons — that equations are really a description of physical phenomena and we can derive and either validate or disprove our description of those phenomena.

— “And in medical school, Dr. Uretz Oliphant stands out as my mentor during my surgery rotation. He used to make us all walk the stairs up and down Carle hospital going between offices, patient rooms, the ICUs and the operating rooms.

“I was lucky to have a lot of amazing teachers.” 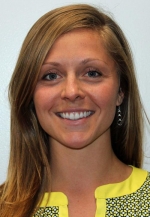 Housing Authority of the City of Danville