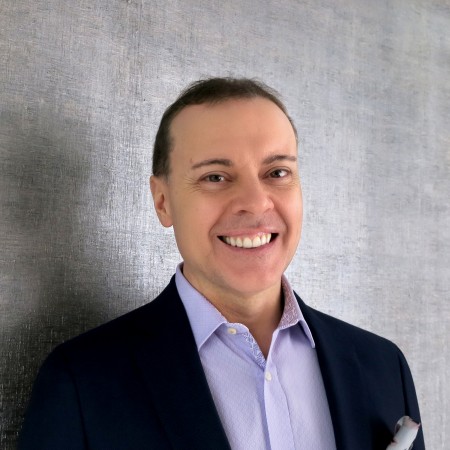 Upon joining the Air Force Band in 1989 from Seattle, Phil Coady was given two choices: move to San Francisco or relocate to Rantoul.

“I had long aspired to study music composition at the University of Illinois so my choice was easy,” he says. “Rantoul. Or in my mind, Champaign-Urbana.”

He wouldn’t regret the decision, earning his master’s three years later and sampling “the rich and varied musical experiences alive in the early ’90s at U of I.

“Guys in the Air Force Band would go and sit in at Nature’s Table across from Krannert,” the Microgroove president says from Sammamish, Wash.

“A well-known hippy and jazz joint, it was out-of-place among the official campus buildings, but artfully located across the street from the music school. It was the unofficial home and hang for students, professors and local pros. Saxophonist Guido Sinclair comes to mind.

“It was at Nature’s Table that I heard my mentor in the School of Music, Professor Morgan Powell. Becoming his student earned me a trip to his countryside home for a Saturday afternoon party.

“It was a large farm house amongst rolling hills and fields. Inside, the TV was tuned to the UI homecoming football game. I had written an arrangement of James Brown’s ‘I Feel Good’ that the Marching Illini were playing on TV as Bob Hope danced with the UI cheer squad.

“Being too embarrassed at a music school party loaded with professors and grad students, I kept the whole thing to myself — still jumping out of my skin a bit.

“Mabel’s on Green Street also gets a permanent home in my memory. My first show ascending the stairs there was for Dread Zeppelin, which did not disappoint. I remember a summer evening in 1991 walking by the marquee and seeing ‘Alice in Chains’ and thinking to myself, ‘Hey, I think these guys are from Seattle, too.’

"Shortly after, my career took me to the premier recording studio in jazz, Rudy Van Gelder’s. Mr. Van Gelder tested my knowledge of music and technology in our first meeting. I often reflect that without my UI education, I might not have passed that test.”