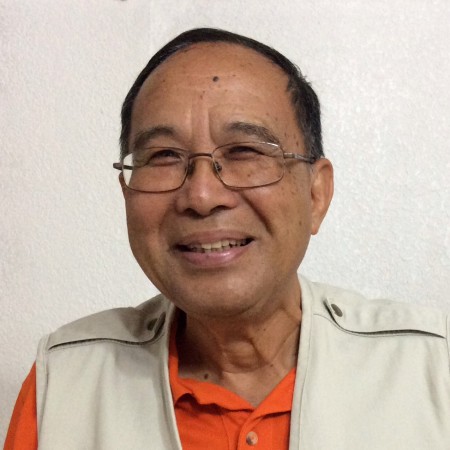 Former minister of science | The Philippines | Class of 1964

Years before accepting a call by the country's president to return from Taiwan and lead the University of the Philippines, Emil Javier lived on West California Street in Urbana.

"Two blocks away from the campus," says Javier, a master's student in agronomy in the early 1960s. "There were a good number of us ‘aggie´ students from the University of the Philippines at Los Banos and on Saturday afternoons we´d get together in my apartment and relax over bottles of beer.

“Beer goes well with the Filipino favorite dish adobo — especially with pig intestines and entrails, which of course supermarkets and grocery stores do not carry. However, we discovered a mom-and-pop grocery in Urbana across the railroad tracks. The owner was a Pacific War veteran in the Philippines and we became very good friends.

"He reserved the special farm produce for his extended Filipino family every weekend.”

His home country’s minister of science from 1981-86, Javier was honored in 2004 with the UI’s Madhuri and Jagdish N. Sheth International Alumni Award for Exceptional Achievement. He was the fourth recipient of an honor that’s also been bestowed upon the former prime minister of Egypt (Atef Ebeid), president of Ecuador (Rafael Correa) and finance minister of Indonesia (Sri Mulyani Indrawati).