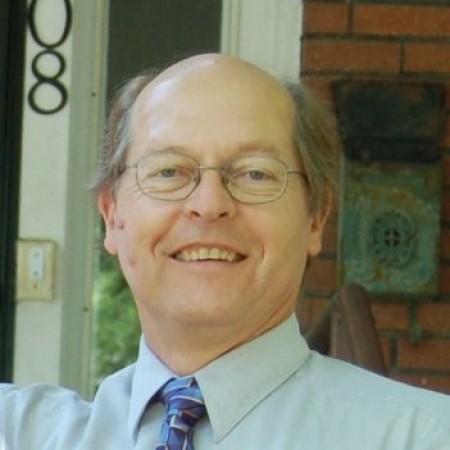 It didn’t have a legion of members, like the Mug Club, or the Orange Krush, or the Bronze Tablet bunch. But the small, by-invitation-only group Ed Rezek belonged to in the 1970s came with better benefits than any other club on campus.

What was known in engineering circles as being a member of “Nick’s lab” — headed up by legendary educator Nick Holonyak Jr. — meant “you didn’t have to prove yourself,” says Rezek (Ph.D. ’80, electrical engineering). “Graduating with that pedigree was proof enough of your character, aptitude, creativity, work ethic and capability.”

“My strongest and best memory of Illinois is that of my graduate advisor, Nick Holonyak Jr. Nick accepted me to his lab sight unseen, based on an endorsement from his first grad student — Charlie Wolfe.

“Charlie was a professor at Washington University in St. Louis, where I did my undergrad work. I worked in his lab as a senior. Charlie made the connection with Nick and got me into Nick’s lab. I think I was the only person who ever was accepted into Nick’s lab without spending time at the university either as a grad or undergrad student.

“I did not appreciate what was happening at the time, but after spending 40 years in industry I understand that this was an example of ‘my word is my bond.’ Charlie spoke highly of me, and that was good enough for Nick.

“In my four years working in Nick’s lab, I experienced that same attitude of respect and trust from Nick, my fellow grad students, other professors and visitors to Nick’s lab. Nick had a reputation of being a tough advisor, and an advisor that expected you to work long and hard. He never said how many hours a week he expected any of us to work. He assigned us projects and expected us to put in the time to do whatever amount of work was required for a successful completion.

“Other professors at Illinois, and other universities, had a higher level of respect and confidence in people ‘from Nick’s lab.’

“Nick was John Bardeen’s first grad student; Bardeen was the first person to receive two Nobel prizes in physics. During my four years, I was able to meet John, as well as several other Nobel Prize recipients who attended an honors ceremony for John upon his retirement.

“As a student, I experienced standing in the presence of greatness. That molded my professional life in that no supervisor or peer ever intimidated me professionally.

“As a student, I was around a select number of people who attained the pinnacle of professional achievement. As a student, I shared a dinner table with the best industry or academia had to offer. And these people were ‘like me.’

“Nick was an accomplished scientist, author and inventor. I learned from working with him what hard work and creativity can accomplish. What an amazing life experience he gave me.”