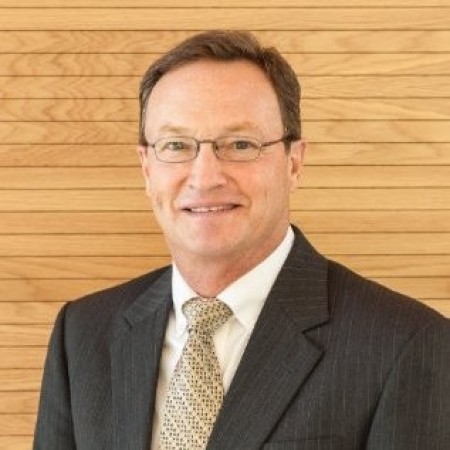 All of that, ahem, “study time” Mark Kesler spent at Kam’s as a UI undergrad was not for naught in the end.

It’s where the former finance major found the inspiration for his very first business venture — the beloved bar that was O’Malley’s, home to Don McLean singalongs on the corner of Fourth and Green.

“We created many rituals, singing ‘American Pie’ at closing time and the infamous ‘I drank the wall’ T-shirts,” says the Parkland College business instructor (BS ’79, finance).

“I recently discovered a small company called Long Lost Tees Vintage, where you can buy our “I drank the wall’ T-shirts and mugs, along with T-shirts from Kam’s, COD’s and Mabel’s.

“My favorite instructor, as was many in those days, was Dr. Richard Scanlan, Greek Mythology. I never missed his Friday lectures before a football game, when he would come out on stage dressed as Zeus and predict the score, but always with an I-L-L-I-N-I chant before his final prediction.

“Another instructor, I won’t mention the name, but on the first day of class informed the class that anyone who brought a bottle of Cutty Sark whiskey to the office would improve their grade. Not taking a chance, before my final, I stopped by the office to find the desk totally full of Cutty Sark bottles. I squeezed mine onto the table, along with a research paper wrapped around the bottle.

“Two weeks later, I received my grade — an A. The instructor wasn’t lying.

“Finally, my most important professor, mentor and guidance counselor was Dr. Thomas Frey. He stayed with me throughout my four years at the U of I.

“At the end of my spring semester junior year, Dr. Frey informed me that I would probably need to go ‘at least’ one more semester to graduate. Knowing my parents would not appreciate one more semester of paying for my bad study habits, I stopped going to Kam’s and committed to complete over 40 hours of class and extra credit my final year to graduate in four years.

“What I learned during my final year of college has carried me throughout my working life — commit to a goal, be persistent, work hard, motivate yourself and accept responsibility.

“I have spent most of my life as a Subway franchisee, but after retiring from Subway, I now teach full-time in the business department at Parkland College. I have a great understanding of what college students go through and my goal is to help them with their own motivation, providing them with energy, direction and persistence.