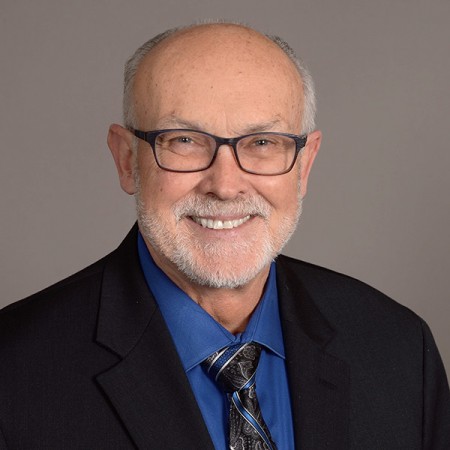 Seventeen words — spoken by a UI associate professor of kinesiology — would change Jack Groppel’s life in a way even he couldn’t imagine at the time.

It was the mid-1970s and Groppel, fresh off earning his bachelor’s degree in wildlife biology, was about to begin working toward UI degree No. 2, in kinesiology.

“Sport science was a relatively young field of study” at the time, he remembers. “I had played tennis at Illinois and loved sport but didn't realize that the study of sport science was even a discipline.

“The department head, Dr. Rollin Wright, extended me grace and admitted me into the master of science program. But my greatest memory is of Dr. Charles Dillman, associate professor of kinesiology, telling me these words after only one semester: ‘If you really apply yourself, you could become a pioneering leader in the science of tennis performance.’

“That was all it took.

“I went straight through my MS degree, studying and writing about tennis science, went to Florida State for my Ph.D., then got hired as the men's tennis coach at Illinois and a professor in kinesiology. I later became the chair of the National Sport Science Committee of the United States Tennis Association, received tenure at Illinois, left tenure at Illinois to start my own business, sold that business to Johnson & Johnson and am now back in higher education at Judson University.

“All this because of Dr. Wright’s belief in me, and Dr. Dillman's encouraging words on that crisp, windy day in May 1974 in Freer Hall.”

VIDEO: Jack Groppel on 'The Critical Key to Harnessing the Science of Human Performance'
FORBES: A sports scientist's Rx for all leaders