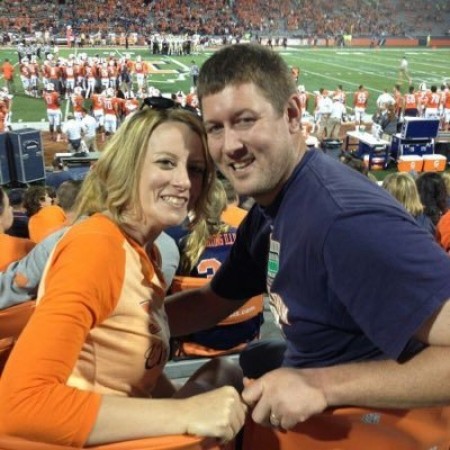 Who says jocks can’t cut it in the classroom?

“As a student-athlete, there were a lot of people I could mention” as most influential Illini, says Ogata, now a high school social studies teacher and head track coach in Staunton.

“Several football coaches, but especially Greg McMahon, made a large impact on my time there. Dr. David Zola was the first professor to go out of his way to make a personal connection to me, but several others were very influential.

“If I had to pick one person that made the biggest difference, it would probably be Professor Thorn. I worked quite closely with him in a class and an independent study. I still use his material when I teach my own classes.

“He was a true mentor in fostering my curiosity of other cultures while not buying into stereotypes about the kind of student a football player could be.”

As far as a favorite spot on campus, it’s a two-way tie for first on Ogata’s list.

“There are so many places on campus that hold great memories — some of which, sadly, are no longer there — but the two that stick out the most are Memorial Stadium and Foellinger Auditorium.

“As a football player, the stadium was home, and I still love being back for games. I’m excited to see the upgrades without losing the timeless character of the structure.

“On the academic side, Foellinger is where I had my first class on campus, and where I graduated. There were, of course, numerous classes, concerts and events in between.

“Seeing this iconic building at the head of the Quad still strikes me when I return to campus.”