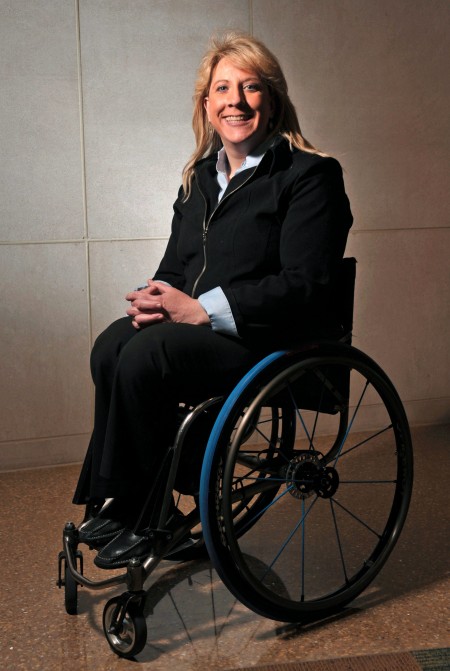 Next to the Division of Disability Resources and Educational Services, where eight-time Boston Marathon wheelchair racing champ Jean Driscoll practically lived for long stretches, the venue that brings back the happiest memory is Lincoln Hall.

It happened in anthropology class when Driscoll was a freshman.

“We were studying brain disorders and the professor began listing symptoms for temporal lobe damage,” she says. “It described someone in my life to a tee and when I spoke to him about it later, he revealed that a CT scan years earlier showed a lesion on his temporal lobe.

"A light bulb went on and helped me support this person better.”

An Illini legend, Driscoll will leave her LAS senior development director post in November 2017 to become executive director of development for the College of Design at N.C. State.

It’s hard to say goodbye but it might not be forever, the U.S. Olympic Hall of Fame told The News-Gazette’s Julie Wurth in October.

“Once I gain experience outside of the University of Illinois, I am definitely open to coming back in a different role,” she says. “I love this place. It has changed my life.”