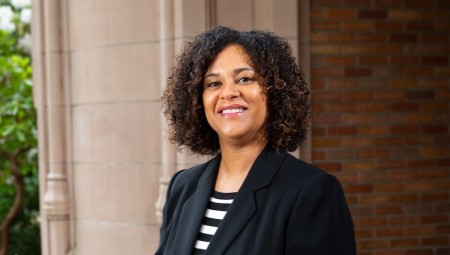 If not for a favorite UI faculty member, Joy Williamson-Lott isn’t the newly named dean of the University of Washington’s Graduate School.

Take it from the three-degree UI grad and forever James Anderson fan.

“James D. Anderson, better known as ‘Doc,’ in the College of Education, had the most profound effect on me,” Williamson-Lott says from Seattle. “I met him while I was an undergraduate and worked with him in a summer program between my junior and senior year.

“That’s when I decided I wanted to be a Historian of Education, just like him. I went on to get a master’s and doctorate under his direction.

“The fact that he does it with humility and an amazing sense of humor makes him even more of a role model for me. I would not be where I am professionally without having met him."