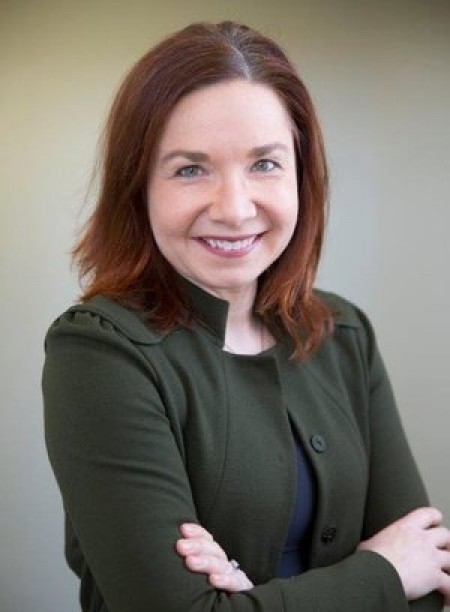 Climate scientist | One of Time’s 'Most influential' | Class of 1997

“It was a Friday night. I was new to the campus and looking for friends. So I decided to try the Graduate InterVarsity Christian Fellowship.

“As I exited the elevator onto the third floor of the Illini Union building, I could hear a crowd down the hall talking and laughing. By the time I entered the meeting room, everything had quieted down. A woman named Katharine Hayhoe (MS ’97, Ph.D. ’10) called the gathering to order.

“From the start, I found Katharine to be intriguing. Her clothing, her peculiar Canadian accent and her unusually cheerful demeanor — it all announced to me that she was different.

“Right after the event that evening, Katharine walked to the back of the room and introduced herself. Then I married her.

“Never mind the years of convincing her that I would be better for her than her boyfriend back home in Toronto. And never mind the part where we were just friends for what seemed like an eternity. Let’s get to the great part.

“We married on a lake in Ontario, and she turned out to be a world-class scientist and a world-class person. Literally. (In 2014), Katharine was named one of Time Magazine’s Top 100 Most Influential People in the World.

“And I eat breakfast with her.

“So I guess here’s the takeaway: If you’re single and searching, skip those online dating services and just head straight for the University of Illinois. It’s there you’ll find a world-class partner for life.”