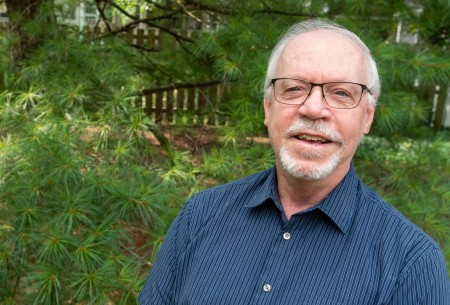 But for the past 30 years — and before that, for a memorable stretch as a Ph.D. student in the late ’70s and early ’80s — the UI’s award-winning Morris Professor of Materials Science & Engineering has called C-U home, piling up a bundle of high honors, prestigious titles and lasting memories along the way.

Earlier this year, Schweizer was elected to the American Academy of Arts and Sciences, padding a CV that already included the Polymer Physics Prize and John H. Dillon Medal, both from the American Physical Society, and the William L. Everitt Award for Teaching Excellence and Tau Beta Pi Daniel P. Drucker Eminent Faculty Award, both from the Grainger College of Engineering.

Schweizer, who also holds appointments in the chemistry and chemical and biomolecular engineering departments, took us on a guided virtual tour of some of his most memorable places and spaces on and off campus in My Campus.

Most unforgettable living quarters as a student (for better or worse)

A run-down, old three-story house on Elm Street in Urbana that was carved into five apartments.

I lived in it for my final three years in town as a student, moving from the third to the second to the first floor, then graduating. Those of us who lived there called it “The Shack,” an accurate moniker for its dilapidated external condition, including a large porch that was kept from collapse only by jerry-rigged cinder blocks.

Its advantages were it was cheap, furnished and a close walk to campus. There were quite a few downsides, but the worst was it was home to a raccoon family who regularly dined in the trash cans in the yard, and did not like being disturbed by humans when doing so.

Most bizarrely, they learned how to climb a three-story fire escape and enter a hole in the roof, allowing them to run around inside the walls of the house.

Our many attempts to catch the critters and deliver them to Urbana animal control failed, for a variety of hilarious reasons. A bad joke was we were part of a “Nightmare on Elm Street.”

The Shack was torn down some 20 or so years ago.

Where I took my favorite course

A small classroom in Roger Adams Lab, where I took the chemistry graduate course Statistical Mechanics from Professor David Chandler with an enrollment of five.

The course introduced me to the fascinating area of the physics and physical chemistry of liquids, and Professor Chandler was an excellent and inspiring teacher. So much so that it set my career trajectory — I did my Ph.D. with Professor Chandler and my primary research area throughout my career has been the theory of soft materials and liquids.

The one spot that should never be messed with, no matter how old it gets

I have always liked the exterior look of Altgeld Hall, and the chimes add to its charm.

Favorite student hangout that is no more

On campus, it was Treno’s, a large bar on South Goodwin Street. I will never forget the night a bunch of us watched the 1980 Olympics ice hockey game between the USA and Soviet Union on a big-screen TV with plenty of beer.

The USA won the game and shocked the world, an event now called the “Miracle On Ice.” Treno’s was a joyful madhouse.

A close second was Panama Reds on Green Street, which had amazing live jazz with artists of international stature in an intimate setting.

I am fortunate that many come to mind, so it is hard to pick. Perhaps in my office one afternoon about 15 years ago when I received a phone call from the American Physical Society informing me that I had received the Polymer Physics Prize.

It was especially exciting because this has been the core professional society of my career.

Either a stroll around the Haldane Gate and its surroundings, including Krannert and the Spurlock Museum, or a relaxing spot on the south veranda of the Illini Union on a nice fall or spring afternoon, taking in the beauty and bustle of the Quad while sipping a coffee.

Favorite place for a bite to eat or a drink

For lunch, Mia Za’s on Green Street for a made-to-order thin-crust pizza, and KoFusion on campus for some spicy Thai or Korean food. 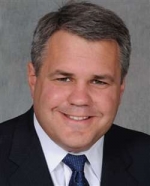