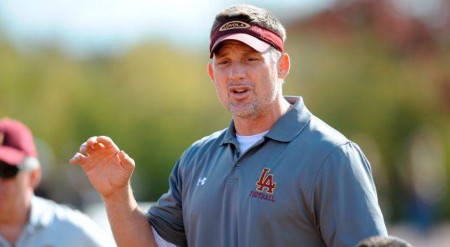 One of John Holecek's favorite Illini memories took place about 300 miles east of campus, on the hallowed grounds of a certain uppity Big Ten rival.

“One of the best moments I remember is walking out of the Horseshoe after beating Ohio State in 1994," says the former All-Big Ten linebacker, now a state title-winning head coach at Wilmette's Loyola Academy. "Even though we lost the year before — the first time in five years they actually beat us — we felt super confident going in.

“One of my friends from home called me days before the game and said no way we even cover the substantial line. I wasn’t aware and never concerned myself with media or lines, but I responded to his statement with incredulity.

"I had no idea what he was talking about and was emphatic we’d beat them by double digits.

“This was also ‘the guarantee game’ — when my fellow inside linebacker, Dana Howard, backed up his usual bravado after a nationally publicized victory guarantee.