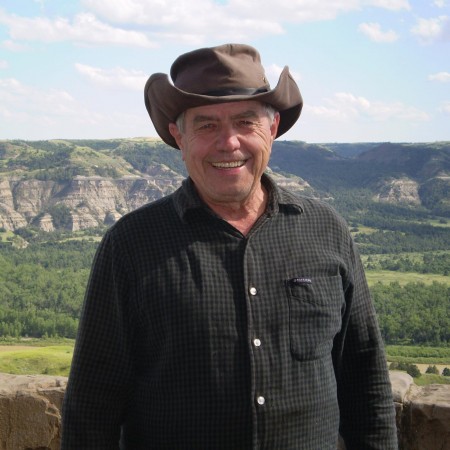 Long before he earned acclaim as North Dakota’s poet laureate, a best-selling novelist and the 1970 winner of the William Faulkner Foundation Award, Larry Woiwode made like Feste, Grumio and King Richard II on stage in Lincoln Hall.

It’s “a cherished location on the Champaign-Urbana campus on my many imaginary returns over the last 50 years, besides two visits, one in the late 1990s,” says the author of 1975’s 'Beyond the Bedroom Wall,' which sold more than a million copies and was a finalist for a slew of major awards.

“Lincoln Hall was the artistic center of the university during my tenure (1959-64), and the first connection is to Dr. Charles Shattuck, who not only taught extraordinary literary classes in Lincoln Hall, including Shakespeare, but was allied with the creative-writing center next door, in the English Building, as it was called, formerly the Women’s Gym, with a swimming pool in the basement and a misty aura of chlorine permeating its halls.

“In Lincoln Hall, Shakespeare was performed on a reconstruction of the Globe Theater, along with classical and contemporary drama, most of the productions as professionally acted as shows on and off Broadway, as adjudicated over my years in New York City, with many members nearing middle age, working toward a Ph.D., who formed the solid center of an acting company.

“I worked mostly with Dr. Shattuck, primarily in Shakespeare, in the roles of Feste, Grumio, King Richard II, but also played Estragon in Shattuck’s production of ‘Waiting for Godot,’ so portions of my personae inhabit Lincoln Hall and inhabit it entirely in pleasure.”