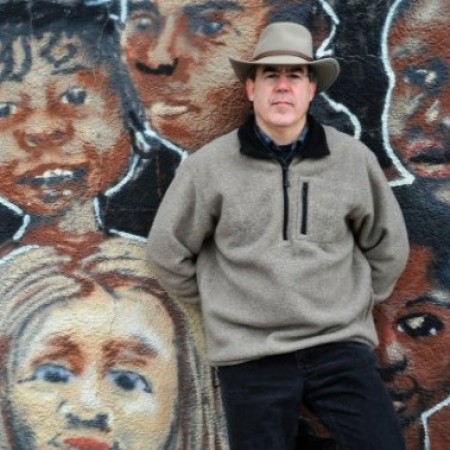 Steve Chicoine can sum up his Illini experience in three general areas.

First up on the list of the oilman turned management consultant, nonprofit exec and author: “deep in the basement of the High Victorian Gothic structure known as the Natural History Building.”

It was there, says the 1972 geology grad, that “I shared an office with Dr. David Anderson, charming Aussie and distinguished professor of geology, and his two Ph.D. candidates, Jim Kirkpatrick and Glenn Buckley. That was very inspirational for an undergraduate — and absolutely unforgettable.”

No. 2: the Campustown music scene.

“Some of the many all-time music experiences of my life took place in Champaign. The most memorable were not the performances of countless rock ’n roll legends at Assembly Hall, but the wonderful nights spent dancing until closing time to the live music of The Guild and One Eyed Jacks at Chances R and Red Lion with my girlfriend Patty Hendrix, whom I married on graduation day.

“Illinois was basketball country and I played hours and hours of ball at Huff Gym and, later, at the brand-new, state-of-the-art IMPE building with my buddies Jim Niestradt and Phil Soule. IMPE is now renovated and we no longer play basketball.

"The photo of our Clark Bars team was behind glass in a display window at IMPE for many years, but is now gone and lost to history — the loss lamented by less than 10 old men. The wonderful memories of epic clashes on the hardwood remain.”