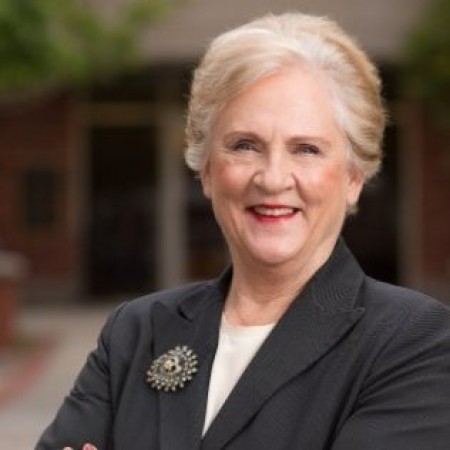 She didn’t realize it at the time but the unfortunate crisis facing Marilyn Flynn late one afternoon in the 1980s could have had life-altering consequences.

We’ll let the dean of USC’s School of Social Work tell it.

“Social work was for decades located in an old house on West Oregon that was large enough to contain our classes — but not our research projects. As we became more active and engaged in grant-seeking, I managed to dislodge the tenants of another three-story building next door — or at least the tenants of the third floor.

“My most outstanding memory from that period was the late afternoon when we were trying to get under the wire for a federal submission due by 5 p.m. We were shuttling mountains of paper up and down the stairs, everyone was gasping for breath when, at the top stair my assistant stumbled for a moment and with a cry, released a cascade of our precious proposal documents everywhere.

“That was a pivotal moment in my career as an assistant professor — to give it all up or to fight the brave fight for advancing knowledge.

“Fortunately, I chose to fight on, we reassembled all the paper, it was launched on time to Washington, and life went on. I don’t recall whether we were funded or not, but I do remember going to Treno’s for a drink."