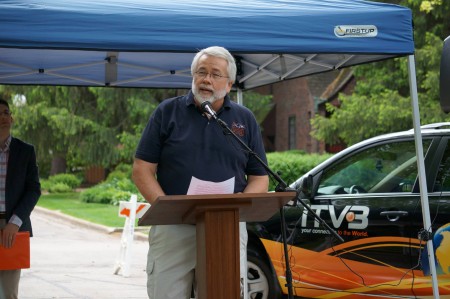 “I missed the university’s first 101 years, but I have been around for the last 49 and your eight-page supplement brought back a lot of good memories. While I am hardly an ‘A-lister,’ there were personal connections on almost every page.

“Journalism professor Richard Hildwein was my mentor and I had the privilege to take over teaching his classes when he retired. When it came to teaching, Hildwein, Harry Tiebout and Fred Gottheil were the best I encountered at the university. It is a shame that their lectures were not preserved for future generations to enjoy.

“As an employee of Abe’s Red Hots, I constructed, delivered and possibly ate quite a few Garbage Trucks that Fred Marx remembers fondly. I remember when Fred returned to Uni High to treat the entire school to a private showing of his movie ‘Hoop Dreams’ at the Art Theater.

“While I was also quite fond of the fish sandwich at The DeLuxe, a real treat from that era was a polish sausage from Po’ Boys. There were some 11 o’clock journeys to Po’s with the late Steve Nagel, who went on to pilot several space shuttle missions for NASA.

“I remember trying to deliver pizzas for Olympic Pizza while the National Guard had Fourth Street closed due to protests about the Vietnam War. When Olympic went out of business, Bob Monti started Papa Del’s in their location on Wright Street with Olympic’s old equipment. When I was not delivering pizzas, I was making photos of the protests — first for The Daily Illini, and later for The News-Gazette.

“When Daily Illini editors Paul Ingrassia and Roger Simon had for fight off a search warrant for negatives of the ‘campus riots,’ some of those negatives were mine. I still have the ‘notice to appear’ with my name spelled wrong — as it had been misspelled in my photo credit that day. Hot lead type was hard to correct.

“Decades later, I was the publisher of The Daily Illini when Dave Eggers got his start as a DI photographer. Fortunately, he also got into writing and that seems to have worked out OK for him.

“I probably had classes at Greg Hall with Cheryl Berman, which are long forgotten, but not forgotten are the REO Speedwagon shows at the Red Lion. The crowds did go wild for their cover of ‘Sympathy for the Devil.’

“The best of REO’s shows at the Red Lion was their ‘last’ show, where they shared the stage with the late Dan Fogelberg. REO played a set, Fogelberg played a set and then they played a set together. Dan could rock. This was right before both acts departed for California to seek their fame and fortune.

“For obvious reasons, the late John Bardeen did not make your spotlight of Nobel Prize winners, but I had the honor of photographing him in his home for one of the Chicago papers the morning after he found out he had won his second Nobel Prize. He was both gracious and humble.

“Fortunately for others, I was behind the camera for the streaking era, as was fellow DI photographer Tom Harm. He made a wonderful series of photos that showed the male streakers/skydivers floating down onto the Quad in one frame and then a group of women looking up at them with appreciative smiles in the next photo.

"Mike Muhney’s boss at Baskin-Robbins was local businessman Mike Hosier, who may have gotten into the spirit of the day himself.

“The best of the memories, however, flow from not the university itself, but from the crew at The News-Gazette that covered the university and everything else in the ’70s. We were mostly recent college graduates — except Loren Tate and Harold Holmes — and it was the most fun and worst-paying job I have ever had.

“Now, if I could only remember where I put my car keys this morning ...” 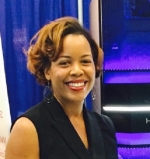