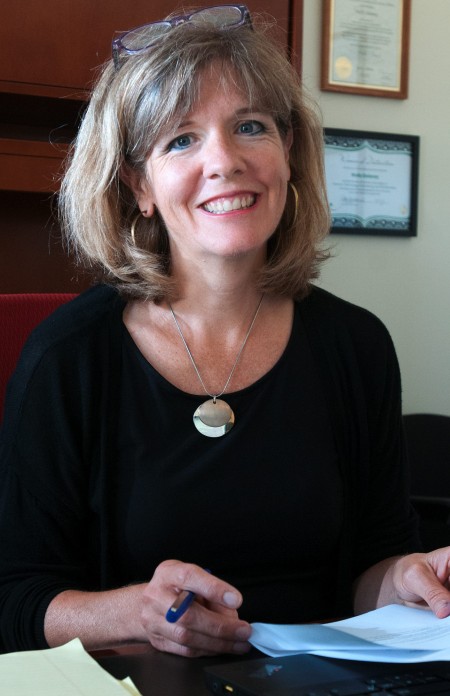 Molly Delaney got two educations for the price of one in the early '80s — one on campus, the other via a part-time job that made a big-time impact.

“While I was an undergrad, I worked part-time at Centiped shoe store in Johnstowne Center, which was next door to Lox Stock and Bagel. Sometimes, classes were overwhelming, but I always felt competent when I was at work,” Delaney says.

Since leaving Illinois with a bachelor’s in speech and hearing science, Delaney has held one local leadership role after another — director of educational outreach at WILL, executive director of the CU Schools Foundation and, as of 2018, vice president of development for the Eastern Illinois Foodbank.

She owes much of her professional success to the woman who hired her three decades ago.

“I had an inspirational boss, Nancy Hanks, who took me under her wing and taught me how to navigate the male-dominated business world," she says.

“During my days with Centiped, I traveled to the Merchandise Mart in Chicago to sit in on ‘shoe buys’; learned how to interact with salesmen — yes, mostly men; and witnessed the joys and struggles of owning a small business.

“Nancy was a strong mentor and her confidence in my abilities gave me a reason to believe in myself. I am grateful for my time at the UI, and I am even more grateful for the opportunity to know and work with Nancy Hanks.

“The store provided a healthy and productive escape from the pressures of academics. Plus, I received a generous employee discount, so I had a wicked shoe wardrobe, including paisley army boots and red penny loafers.

“And those LS&B bagels provided the sustenance I needed to make it through undergrad.”