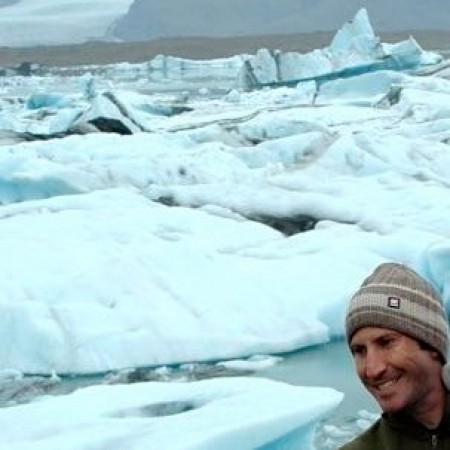 Nothing against Econ 101 but in Paul Silver's day, it was tons more fun when his furry little friend decided to show up for class in the Lincoln Hall Auditorium.

"I first noticed the squirrel when I was in Econ 101 with Professor Baer," says the Bronze Tablet-winning former Basswood Group CEO. "The professor was on stage giving one of his lectures — as an aside, he was a great econ teacher — when a squirrel started to dart back and forth behind him.

"The crowd of students slowly noticed and the chuckles became louder and louder until Professor Baer finally spun around to see what was happening behind him.

"I would encounter the squirrel of Lincoln Auditorium multiple times freshman year. Another time, I got to an early afternoon lecture about 30 minutes beforehand and saw a smattering of students throughout the Auditorium, some eating their lunches. A woman just a few rows in front of me was about start on a sandwich when the squirrel bolted out of nowhere, ran up her back, jumped off shoulder and stole half the sandwich in a swift movement. It was impressive.

"Another time, I came early to the Auditorium — wrecked having done an all-nighter to complete a paper for a different class. I closed my eyes to catch a little nap and when I opened them 10 to 15 minutes later, I saw the squirrel standing on the seat in front of me quieting staring at me.

"When he sensed I’d noticed him, he bolted.

"My final encounter with the squirrel was the most epic. It was late winter. As I was passing the stairs that went to the entrance of the Auditorium, a lecture was starting to let out. Racing in front of the throng of exiting students was the squirrel.

"It was trying to make its desperate escape. Determined to help him, I tried to pick him up — I had winter gloves on — to no avail. But I was able to chase him toward the door to the exterior of the building and as other students parted like the Red Sea and with another student holding the door, he bounded to snowy freedom outside on the Quad.”