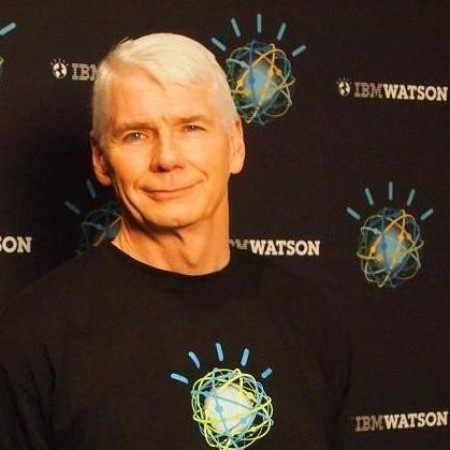 The call that would forever change Rick Lawrence’s life came in the spring of 1973, when the engineering major was sitting in his dorm room at Stanford.

On the other end of the line: Marv Wyman, at the time the chair of the Nuclear Engineering Program, who wanted to personally extend an invitation for Lawrence to pursue his graduate studies in Champaign-Urbana.

Lawrence picks it up from here.

“I had pretty much decided to go to Berkeley for grad school, but a couple of weeks later I found myself meeting Marv at Willard Airport. After two days of wining and dining — to the extent that endless pizza and beer at Treno’s and Murphy’s Pub count as wining and dining — I accepted a graduate fellowship at Illinois and ultimately received a Ph.D. in nuclear engineering in 1979.

“Things would have been a lot different had I not received that call from Marv Wyman that night.”

“Several of us visited UIUC on a recruiting trip, and I ended up giving an overview of our research activities at the Siebel Center for Computer Science. The talk was at night  — the trick is to offer pizza afterwards, so grad students actually stay for your talk — and I didn’t really pay a lot of attention to where we were on campus.

“Next morning, I decided to go for a run and see all the various apartments where I had lived during my time at Illinois. One of my apartments was a stunning basement studio at 1110 Stoughton Street, with a spectacular view of an unkempt vacant lot across from a nondescript parking lot.

“In a split moment, I realized that the vacant lot was now the well-known Siebel Center, where I had just given a talk some 40 years later. Of course, Illinois has a very strong computer science department, and we hired several outstanding machine learners as a result of that trip.

“My Ph.D. advisor at Illinois was Professor Jack Dorning, who, to this day, is one of smartest people I have ever worked with. Jack was an amazing guy, and he would often comment that ‘elegance is for tailors’ when one of his grad students would march into his office with a hopelessly complicated solution to a reasonably straightforward problem.

“Fast forward to 2018, and I was now running a quant finance startup in New York City. Quant finance is arguably a domain where seemingly elegant solutions hardly ever meet their lofty expectations. Hence, I would periodically repeat Jack’s admonition to our technical team.

“Indeed, I did this so many times that I finally felt compelled to email Jack — now at the University of Virginia — to tell him that I continued to pass on his observation that sometimes simple was better. Jack reminded me that it was actually the famous physicist Ludwig Boltzmann who had originated this saying.

“Nevertheless, I learned a lifetime of technical wisdom from Jack, and I am indebted to him and the University of Illinois for this experience and many fond memories.”

As for a favorite place of Lawrence’s, put him down for the UI golf course.

“I had played freshman golf at Stanford but had not had the time — or ability — to play varsity. Once I passed the Ph.D. qualifying exam at Illinois, I felt like it was time to resurrect my golf game.

“In the summers of 1975 and 1976, I won both the University of Illinois Open and the Twin Cities Championships. The latter was slightly controversial — the tournament did not allow UIUC students to play, and the only reason they let me in was that I had a paid research assistantship at the university.

“I will always treasure my academic experience at Illinois, but I will always remember my forays into competitive golf there — to this day, I continue to compete in national Super Senior golf tournaments.” 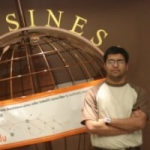 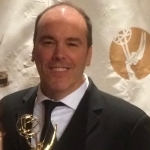