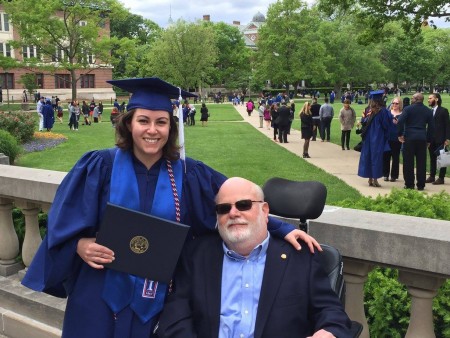 If you think the UI’s admissions standards are tough now, imagine having to endure what future famed Springfield attorney Saul Morse did in the late 1960s.

“I am disabled and have always used a wheelchair. School in Philadelphia was for me an experience in quasi segregation as I was required to attend a school limited to students with disabilities," he says.

“An uncle had read about the program for people with disabilities, the first and at the time one of the only ones in the country, in the American Medical Association Journal. He passed it on to my parents and soon we were headed to Champaign for a preliminary interview.

"Others from all over the country were applying for one of the approximately 25 slots allotted to those with disabilities.

“I was provisionally admitted, the provisional part being that I had never bathed or dressed myself since no one thought I would ever be independent and thus did not need to know how. At Illinois, the program at the time required that you be totally independent and never need or accept assistance. I was given one week before new student week to prove I should stay.

“Seeing ramps at street corners was a new experience since they did not exist anywhere else I had been, including major cities where I or my family lived. At the corner of Fourth and Gregory, I crossed the street with no help, no curb, along with everyone else, regardless of their abilities.

"It was a lasting taste of freedom I have never forgotten.

“My education, both as an undergraduate and as a law student, has served me much better than I had a right to expect and the friendships have lasted a lifetime. The entire campus carries great meaning and memories but I come back to that corner whenever I am in town for a fond remembrance of possibilities previously not thought to exist.” 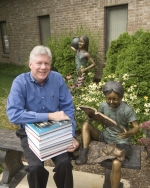