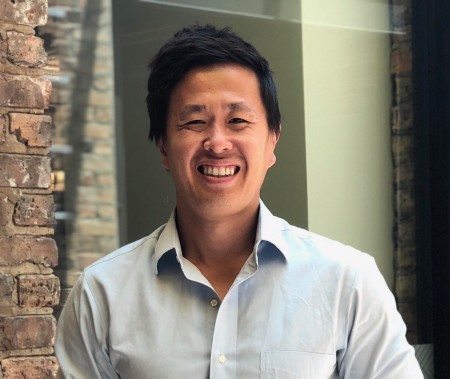 No drill Sonny Tai would be put through at Quantico was more excruciating than what he endured in the stinkiest corner of campus, circa 2008.

“It was a dream of mine to commission as a Marine Corps officer, but I couldn’t do so until I became a U.S. citizen in 2008,” he says from New York. “When I did, I immediately made a beeline to the Marine Officer Selection Office on Green Street.

“In order to prepare us for the rigorous training in Quantico, Virginia, the captain in charge of the office often made us go on runs, sometimes on the track in the Armory, but sometimes also through a three-mile track around the corner of FAR/PAR, past the Japan House to the horse stables.

“I will never forget the stench of horse manure that endured for about a one-mile stretch — half a mile each way — when you’re trying to run as fast as you possibly can, and sucking in lungfuls of methane-permeated air.

“The captain would tell us that he selected that run route so that we would push ourselves harder to get away from the stench. I’m not sure if it helped, but it definitely was a campus memory that I will never forget.”