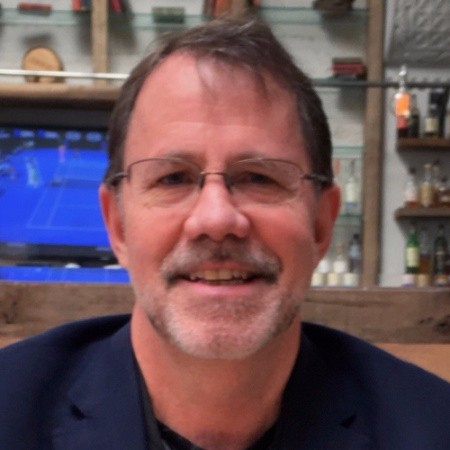 Before racquetball was a thing, some of the most dominant athletes on campus took on all comers in the basement of the Armory.

Future award-winning author and Texas business consultant Rex Miller (BS ’77) was one of those comers.

“Several of us would try to play handball against a group of regular seasoned citizens who ruled those courts,” he says. “They knew how to take advantage of the warps in the corners of the floor and the exposed plumbing in the ceiling.”

Besides the presence of Papa Del’s (“my favorite place when I could afford to go and get a pizza”), Campustown looked a lot different in Miller’s day than it does now.

Among his other memories:

— Apple Ducks, “a dark little pinball shop” not far from where he lived, in the Sigma Chi house at 410 East John. “When we needed a study break, we’d go there. I looked for cool study spots that had a lot of atmosphere and room to spread out. My favorite place to study was in the archives of Altgeld Hall. It was dark, had several cubby holes with a desk and had glass floors that let light in.”

— Streak week. “I watch four naked parachuters land in the Quad, Lambda Chis doing calisthenics in their front yard and a parade of more people than I could count, several hundred at least.”

— Snow days. “I was on campus during a big snow and some would run up behind a car going slow because of the ice on the road, grab the back bumper and skitch a ride. A VW Bug with an open roof drove by the Fiji and Sigma Chi house. There were two students standing up in the hatch throwing snowballs. When it stopped at the stop sign, it could not get traction and was surrounded by 20 or more students, who lifted the bug and dropped it in a snow bank.”