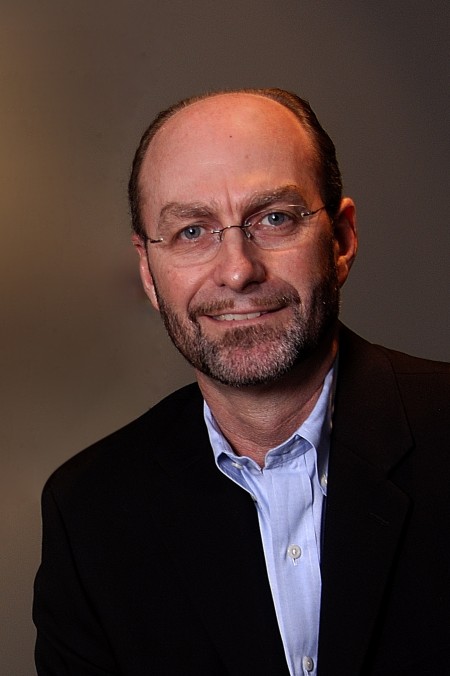 Having grown up just outside football-crazed Arcola — in the itsy-bitsy, unincorporated Douglas County community of Filson — Steve Johns had seen plenty of pigskin in his youth.

“My first recollection of the University of Illinois was actually an Illini football game I attended when I was 12. My Uncle Dale and cousin Kerry invited me to tag along to a home game at Memorial Stadium.

“We had sideline passes and stood right behind the Illinois players. I remember meeting J.C. Caroline, who was on the coaching staff at the time. Being from a small town, I had only gone to high school football games and thought: This is pretty standard stuff to stand along the sidelines. Silly country boy.

“Clearly, it was one of the best locations in the house, but you know, I wondered: How great it would be to sit at the very top of that big stadium. With some pleading, Uncle Dale allowed us to race to the top and we watched the ‘Three in One’ halftime show from our perch. It was magical.

“As I looked out across the university, it seemed to stretch on forever. I think that’s when I knew this was a special place.”

It’s not the last time the 1977 agronomy grad and founding president of Indiana’s Confluence Pharmaceuticals had that feeling.

“I remember playing pickup basketball at IMPE or catching some sun on the Quad. Honing foosball skills at the Illini Inn or one of several other campus bars. Or feasting on a slice of Garcia’s, Papa Del’s, Willie’s Thick & Cheesy or maybe a Garbage Truck or two from Abe’s Red Hots,” says Johns, who's spent 10 years in the banking industry and 25 in the business sector, helping nine startups or fledgling companies get off the ground.

“My four years went by fast, but in its wake left an extraordinary group of friends and shared experiences. Many thanks to the talented professors who shared their knowledge, patience and encouragement. You instilled a lasting curiosity and a passion for lifelong learning.”