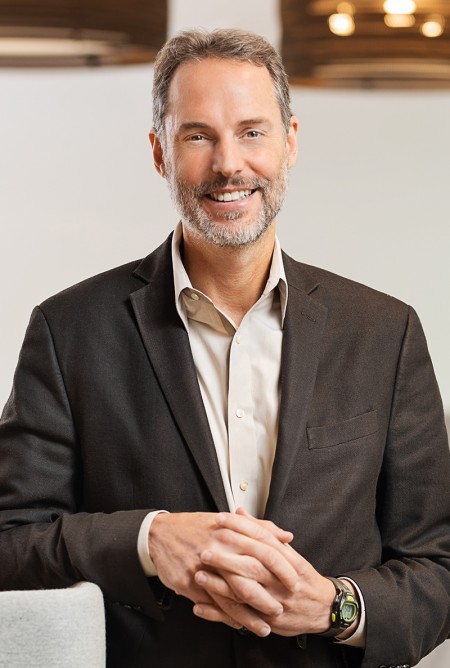 Twenty-two years before cracking Forbes’ list of the world’s billionaires, Steve Sarowitz showed some of that entrepreneurial spirit that led him to launch a revolutionary payroll company in 1997.

“When I was a junior, I helped organize my first venture as a member of Business Venture Network, the local entrepreneur’s club,” says the 1987 economics grad, chairman of Paylocity, CEO of Blue Marble Payroll and tag-team partner with wife Jessica of the Julian Grace Foundation.

“We put together an event called ‘Taste on the South Quad,’ which was based on Taste of Chicago. Our group advisor was Tom Trone, who owned a restaurant called Lox, Stock and Bagel. I remember that Ralph Senn, the owner of Garcia’s Pizza, was the speaker at the first meeting I attended.

“Bruce, who owned Delight’s, an ice cream shop, and Jerry, the owner of Zorba’s, were advisors to us on our project. The Taste on the South Quad turned out to be a big success. We had about 40 restaurants participate, several bands and radio stations, and attendance of over 10,000 people.

“I have gone on to many successes and failures in my career as an entrepreneur, but I always look back fondly to my first adventure.”

In March 2019, Sarowitz was named to Forbes’ billionaires club — the lone Illinoisan to debut this year on the annual list, according to Crain’s Chicago Business. His estimated wealth of $1.3 billion puts the 53-year-old 1,717th on the world’s richest list, according to Forbes.

The Sarowitzes’ foundation, named after the couple’s 16-year-old twins, aspires to give away at least $1 billion in their lifetimes to combat racism, sexism, nationalism and religious prejudice.