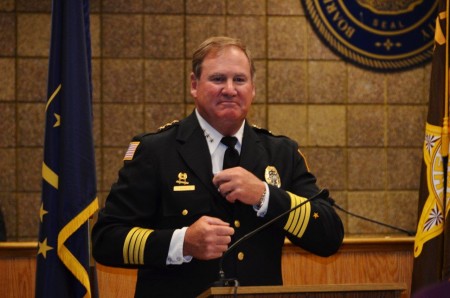 South Side born and raised, Tim McCarthy can count on one hand the number of times he ventured outside of the Chicago city limits the first 17 years of his life.

“I grew up on the south side of Chicago and went to grammar school and high school there," he says. "Never traveled much out of the city.”

And then came college.

“My first roommate at the UI was from Orland Park, Illinois, which I had never even heard of as at that time as it was a distant suburb. Might as well have been Mars from what I knew of it," says the former Illini football walk-on turned scholarship strong safety.

“Many years later, I became the chief of police in Orland Park after retiring from the Secret Service. How ironic.”

The Orland Park chief since 1994, McCarthy is best known as the former Secret Service agent who might very well have saved the life of President Ronald Reagan.

When John Hinckley Jr. fired shots from a .22 revolver at Reagan outside the D.C. Hilton on March 30, 1981, McCarthy spread his stance to protect the president.

McCarthy was struck in the abdomen by Hinckley's fourth bullet.