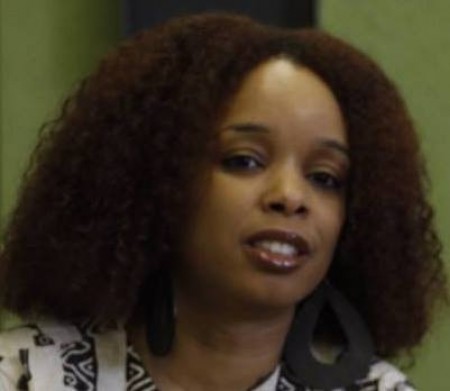 If she could, Venus Evans-Winters would rattle off all the names of the UI professors who helped mold her into the activist scholar/psychotherapist/clinical social worker/professor she became during her six years on campus.

But the Internet only has so much bandwith.

“I have to say that there were many people, places and characteristics unique to UIUC that had a profound impact on my development as a citizen, person and intellectual activist,” says “Dr. V,” an associate professor of educational administration and foundations at Illinois State (MS ’99, Ph.D. ’03).

“I know for sure that the Office of Minority Student Affairs and its staff fostered in me a pursuit of academic excellence. Dean Michael Jeffries and the Ronald E. McNair Scholars Program were very important to my identity as a scholar, while Pat Morey, the director of the Department of Gender and Women’s Studies, influenced my identity as a black feminist pedagogue.

“Dr. Bonnie Chakravorty (community health) and Wendy Haight (social work) both helped me develop the sensibilities of a researcher. Imagine conducting research as a third- and fourth-year student.

“Further, I owe so much to UIUC’s sociology department and its faculty, the women’s studies program, and the Department of Educational Policy Studies under the leadership of Drs. James Anderson and William Trent.

“In fact, there are too many faculty in EPS to shout out — I’m not even going to try, because they continue to shape and reshape my professional pursuits.”