When Dan Di Santo was pledging Delta Chi last decade, he heard the whole “brotherhood of a lifetime” bit:

Years from now, the men in this room will stand at each other’s weddings.

Turns out the fraternity’s leaders knew what they were talking about, reports Di Santo, now the village administrator in Oswego.

Among his Delta Chi greatest hits:

— “Spending days on the front porch at 1111 South First Street and loudly welcoming new students to campus on move-in day.”

— “Adorning our chapter house with a Clark Griswold-esque light display for Christmas and a giant paddle for homecoming.”

— “Anytime family visited me while living in the fraternity house, I would meet them at the front door to prevent them from witnessing my embarrassing and unsightly living conditions.”

— “At graduation, I encouraged my brother and his wife to save a few bucks on a hotel and stay in the ‘house mom suite,’ our nicest accommodation in the Delta Chi house. To this day, they still recall the horrors of sleeping and showering in that disgusting room.”

But Di Santo’s most memorable Illini moments happened at another Campustown party mecca.

“Following my first job interview after college, a woman not on the interview panel introduced herself to me as I was leaving and said ‘I just wanted to meet the guy who actually put Kam’s Manager on his resume,’” Di Santo says.

“Kam’s is also the location of my proudest college moments — anchoring back-to-back Delta Chi teams to ‘Taps’ championships, before a bar-raid ended this sport of kings.

“One of my more legitimate moments of glory was half-jokingly registering for intramural badminton with a friend and we shocked even ourselves when we ended up winning the championship.

“As an urban planning student, I remember debating the practices of the World Bank with Professor Kieran Donaghy, who I would later discover was actually a consultant to the World Bank at the time.

“I also couldn’t believe the freedom urban planning students were given with 24/7 access to Temple Hoyne Buell Hall; my friends and I would pull all-nighters with the intention of studying but we’d instead throw paper airplanes from the three story atrium bridges and play early internet games in the computer lab.

“Being on campus for September 11, 2001 was surreal; the attacks happened on a Tuesday and I took the week off of classes to watch 24-7 TV news coverage.

“One of my more shameful moments occurred when a friend and I left Kam’s after a night out and could not decide whether to eat a La Bamba burrito or a Bonnie Jean’s pizza slice, so we ate both and rode home with stomachs full of regret on the 22 Illini.

“A legendary night out was always capped with a trip to Merry Ann’s Diner, where we would feast on stacks and watch the sun rise next to truckers passing through town.

“One unique experience students of my era enjoyed was paying a mere $200, if memory serves, to become Chicago Bears season ticket holders when they played at Memorial Stadium for the 2002 season. The bad news was the Bears were terrible that year, but the good news was I had a friend who worked as a vendor and hooked me up with beer in the stadium.

“While I am one of the few whose time in Champaign coincided with good football and basketball teams, I confess that I was too busy partying to really notice.

“The most pleasant surprise about transitioning to college life was leaving my parents’ dial-up internet for full speed ethernet my freshman year at Taft Hall. This was in the era of Napster and instead of downloading one song overnight, a song could be mine in five seconds. I was able to amass a music library of thousands of songs before the feds took down Napster shortly into my first semester.” 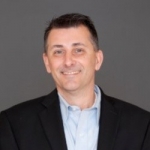