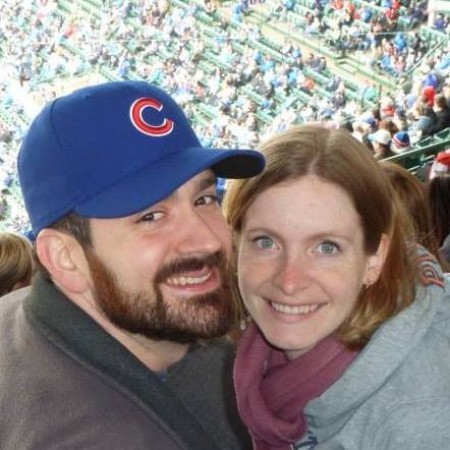 “Many locations on and around the University of Illinois campus hold significance for me," says 2006 grad Dan Petrella, now an editor at the Chicago Tribune. There's "Memorial Stadium, where I fell in love with the school while watching my older brother play trombone in the Marching Illini; the English Building, where I spent my undergraduate years critiquing short stories and poems in workshops with Mike Madonick and other teachers; Gregory Hall, where I worked with the professors who prepared me for my journalism career.

"And I can’t forget the big house on State Street in Champaign that I shared with some of my closest friends junior and senior years.

"But one UI location that is especially close to my heart is 30 miles west of campus.

“Four days after graduation in 2006, I went to Allerton Park for the first time. I went to walk around the trails and gardens and have a picnic with a girl named Julia, who I’d started dating a few weeks earlier. We returned for another picnic three years later, and I asked her to marry me.

"We’re expecting our first child in November, and I look forward to passing on that part of our Illinois legacy on our first family trip to Allerton.”