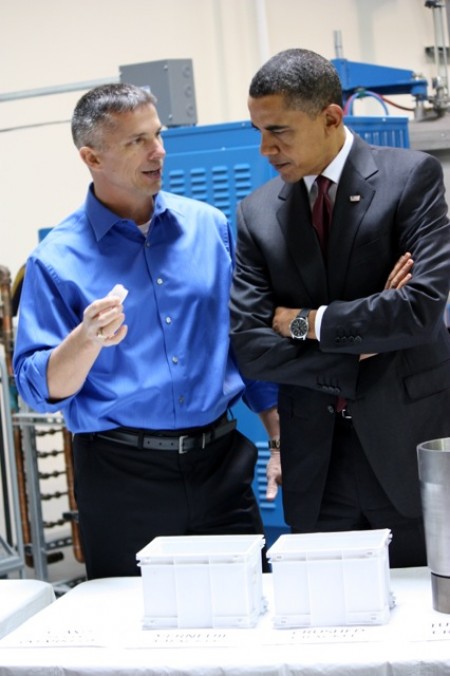 As a 6-foot guard in a high school graduating class of 32,  Rick Schwerdtfeger didn’t exactly have college scouts flocking to smalltown Elizabeth in the early ’80s.

But that didn’t stop the National Science Foundation’s future program director from turning out for walk-on tryouts just prior to Lou Henson’s seventh season as Illini coach.

“I couldn’t pass it up," he says. "That became one of my fondest memories of my entire college career.

"I remember walking in to the all-dark Assembly Hall with my ‘court shoes’ slung over my shoulder; just the court was illuminated like a beacon of opportunity far down below. Nerves were on fire, but I found the zone early, and performed far and above even my confident expectations.

"The bad news was that my opponents were all 3 to 4 inches taller than me so shutting them down defensively was tough. In the end, the assistant coach sat us down on the bench in a specific order. He counted off the first five players he had lined up, and told them to report for practice the next day.

“After the tryouts, he complimented me on my outstanding shooting ability and said I was just too small to play that position, and a half-step too slow to play point guard. In many ways, I was disappointed, but I knew the realities of trying to study aeronautical/astronautical engineering on an Air Force ROTC scholarship at the same time as being a Division I basketball player. So I left the gym satisfied that I had given the best performance of my life. No regrets.”

“I found a home at IMPE, where I would go every day after classes and play basketball for up to two to three hours. I think I really improved fast, even scrimmaging against the Illini team guys when they would come in for some preseason fun.”

After three semesters at Illinois, Schwerdtfeger moved on to the University of Dubuque, a Division III school closer to home.

“My IMPE experiences got me the chance to walk on to the JV squad there for a year,” he says. “But my need to pay tuition by being a math and science tutor in the afternoons got in the way of basketball practice.

“Ultimately, I had to pick one — and I couldn’t afford school without being a tutor. But I was able to take up tennis instead, and played four years of varsity tennis on a really bad tennis team — no offense, teammates — but had a great time and found a sport to enjoy my whole life.

“So IMPE was helpful in my move to a new school, and that is where things really blossomed. I finished a BS degree in physics and double majored in science education, got married, then went on to get an MS in applied physics from Pittsburg State University, and a Ph.D. from Colorado School of Mines. My 29-year career as a crystal grower and equipment builder culminated in a visit from President Obama, and later my team growing the largest sapphire crystals in the world.

“I have since found a new home as a program director at the National Science Foundation, where I give grants to start-up companies to develop new technologies in semiconductors, photonics and Internet of Things (IoT) devices.”