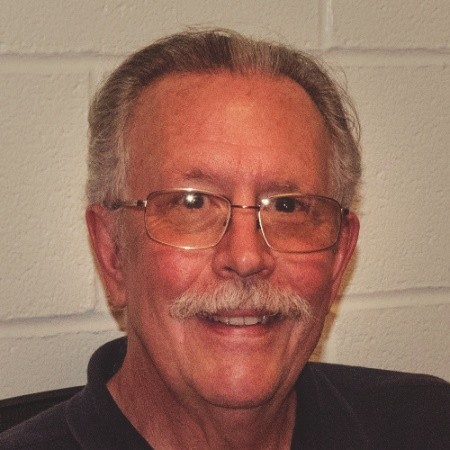 Among the survival skills needed to make it all the way through the treacherous years it takes to earn one’s graduate degrees in biochemistry at Illinois:

1. A willingness to put in long hours — day after day, week after week.

2. The ability to locate a spot on campus or nearby — preferably one with adult beverages on the menu but a laid-back vibe — to get away from it all.

“I was a doctoral student in the biochemistry program in the late 1970s. All doctoral programs at Illinois are challenging but biochemistry graduate work can be really intense. The graduate students all had half-time appointments as teaching or research assistants but my graduate adviser insisted that his students also work full-time for themselves.

“As a result, we all spent long hours doing research in Roger Adams Laboratory, often 60 to 70 hours per week.

“Working those pressure cooker hours, however, required that we let off some steam from time to time, often on weekends. As grad students, we did not usually frequent the undergraduate student hangouts. At the time, the legal drinking age was 19 in Champaign and 18 in Urbana so the scene was pretty wild in those days.

“Sometimes we would just play pinball at Tod Satterthwaite’s Treetop Arcade. Other times, we went some distance from Campustown to enjoy blues or country rock at the Alley Cat, listen to the Havana Ducks at the Embers or when feeling particularly adventurous, crying in our beer to the sounds of Sunny Norman and the Drifting Playboys at the Rose Bowl Tavern. The latter activity was not for the timid.

“There were times, though, when the pressures of graduate research would build and become just too much to bear on a weekday evening. A grad student friend would call out, ‘One means one,’ which translated to ‘Let’s go have a beer,’ or ‘Let’s share one pitcher.’

"We would scramble down the stairs and head to our favorite haunt, catty-corner from RAL on Goodwin Ave. — Timpone’s.

“Timpone’s at the time was not what it is now. Like the biochemistry grad students, Ray Timpone, Jr. was just getting started. He had set up shop where the 710 Mart is now. Ray had, however, perfected his versions of ‘Original Campustown Pizza’ and ‘Famous Italian Beef Sandwich’ and he sold 72-ounce pitchers of cold beer.

“Ray took very good care of us and gave us a refuge to discuss classes, our professors and the rigors of graduate research. And we kept going back. As it turned out, Ray helped us get through graduate school.

“Fast forward to 2006. I reconnected with the University of Illinois. Professors in biochemistry took me to lunch at Timpone’s.

“I was expecting a little nostalgia but was pleasantly surprised to learn that Timpone’s had grown and become one of Urbana’s favorite dining establishments. It is now the go-to place where many research professors take out-of-town guests.

“I know that building a fine dining establishment took a lot of hard work on Ray’s part but I like to ponder the 1970s and think, ‘Our circle of graduate student friends helped Ray get this started.’”