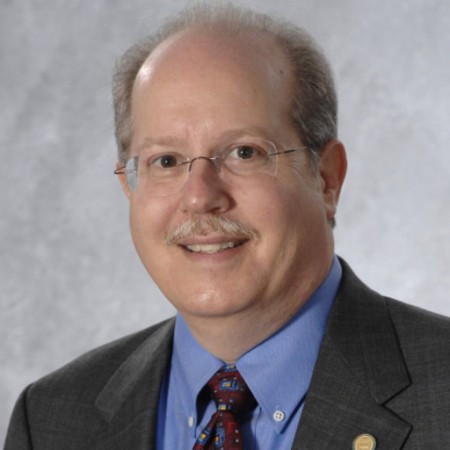 Professor of management and law | Coastal Carolina University | Class of 1984

The Palmetto State campus he works on now shut down for three weeks last year after Hurricane Florence ravaged the Carolinas.

Which got Henry Lowenstein to thinking about the other most unforgettable weather event he experienced — as a UI grad student in the winter of 1978.

“Illinois and Champaign-Urbana experienced the largest snowstorm ever recorded. We had drifts 10 feet high. I actually hollowed one out that became an ‘igloo car port’ for my car at my apartment,” says the Coastal Carolina professor (Ph.D. ’84, Labor and Industrial Relations).

“The governor declared a state of emergency, as did Champaign County. The Illinois National Guard had helicopters pulling people off the interstate stranded in the snow drifts. Emergency messages were going out for everyone to stay off the streets and sidewalks.

“You could not even walk on campus — snow piled up to the doors. Officials asked UIUC to close to help offset this emergency.

“Then-President John Corbally made the shocking announcement he would not close UIUC for the emergency because no president in the UI’s over-100-year history had every closed the university.

“The sheriff of Champaign County — alarmed by this and supported by the Champaign and Urbana police chiefs — held a hasty press conference, stating they could not tell President Corbally what to do but if he kept the UI open, he should understand that law enforcement was going to arrest anyone on the streets until the immediate emergency was over.

Now a college professor, legal consultant and business law judge, Lowenstein has fonder memories of his time in C-U — from the mentorship of the late, great Walter Franke (“always supportive”) to opportunities that his UI education led to.

“In the 1980s, I used my UI skills acquired to analyze the then-Chicago area Regional Transportation Authority mass transit system on the verge of financial collapse. Working with members of the General Assembly, I helped craft the RTA reform bill that improved and kept the system running.

“In 2016, I used those same techniques to help save the only rail freight railroad service in northeastern South Carolina. And, finally with a rare find of primary documents, I wrote what has become an Amazon Top 100 book, ‘The Rescue Man,’ chronicling a little-known and almost-forgotten U.S. Army Air Force Rescue Squadron of Catalina ‘Flying Boats’ during World War II that saved hundreds of lives.

“My career since my UIUC days spanned being a corporate executive, then back to academics to be a director of university business programs, dean of business at two universities and now finishing my last work years as full professor.”