Who’s got the best band in the land? he’d ask.

Now the PR manager at the Newport Aquarium, Tan calls Cincinnati home these days. In Ohio, it’s fair to say that not everyone is in complete agreement with Sousa’s century-old claim.

“I tell people that I played for the best band in the land. OSU marching band members and their fans call themselves ‘The Best Damn Band In The Land’ — notice how they added that distinguisher; I believe we had it first — and the king of marching bands called us that, so it’s official.”

“In order to march and perform at the football games, you have to try out and show that you’ve memorized your music,” she says. “I was still learning the routine for our Halloween performance, and hadn’t memorized it, so instead of playing, I was assigned to help hold banners during pregame. We were allowed to dress up in costume for that game.

“So my best friend, Abbey (trombone) and I dressed up as Raggedy Anne and Andy. I remember holding those banners as hard as we could. What a memory, dressed as rag dolls, not playing our instruments, but holding banners across the football field.

“The best feeling was performing the ‘run on’ onto the football field for pregame. The drum line brought us into the field with a cadence, and your heart is racing as you run onto the field in a high chair step. I was proud to take part in a time-honored tradition, in front of everyone at Memorial Stadium. In the sweltering heat, wearing a heavy wool uniform, complete with cape, hat and plume.

“Not to mention, carrying a heavy brass instrument. It was invigorating. Pregame and the halftime performance were both definitely a sight to see.

“Another time-honored tradition was performing the incomparable Three-In-One at halftime. Those four minutes were truly the most memorable for me — every single game. That’s because at halftime, every game while I was in college, I marched with a dignified symbol. We marched into the field at halftime in the Block I formation and spelled out ‘Illini.’

“And we were joined by Chief Illiniwek, midfield, with his arms outstretched above his head. We all sang: ‘We’re loyal to you, Illinois ...’

“It was always such a moving tribute, and something I’m honored to have had the opportunity to perform while Chief Illiniwek was there.” 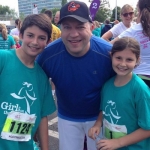 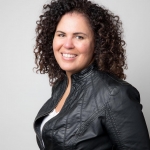