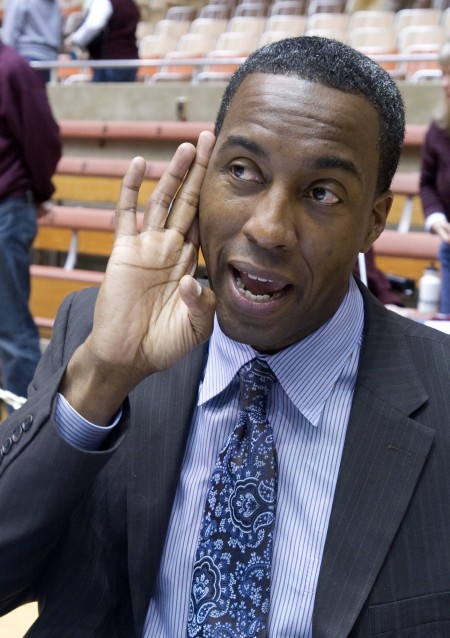 Rooming with Flyin’ Illini point guard Stephen Bardo prepared future Beverly Hills psychiatrist P.J. Bowman for the working world better than any textbook or teacher he had in college.

“My first counseling case,” Bowman says with a chuckle. “Steve would come home after games and be so filled up inside with all that competitive stuff that it would take him a long time to unwind. So we’d always have to talk about it and get it off his chest before the next game.”

The two had a lot of long talks on the couch during the 1988-89 Illinois basketball season. But never did Bardo need to vent more than time at Purdue, when he had it out on the sidelines with Boilermakers coach Gene Keady.

“I’m going out of bounds for the ball, and he hits the ball, and the ref doesn’t say anything,” Bardo said. “So I give (Keady) a little forearm when I’m going back. And he’s letting me have it. And I turn around and I’m letting him have it.

“We’re arguing, we’re shouting, we’re spitting. The whole game, I’m taking the ball out and I’m like, 'You sorry son of a ...’ And he’s doing the same. We’re just two competitive people.”

That’s one word for it.

“Intense is the word I’d use,” says Doug Woolard, who coached him at Carbondale High.

“Steve’s what you’d call temperamental,” says Bowman, who remained close with Bardo beyond college. “Very temperamental. In certain situations, he’d compete so hard that you’d almost wonder if he’d kind of snap and do something like foul a guy hard or say something to the coaches that might get him benched or get into a verbal jaw match with somebody and run the risk of getting a technical.”

That’s part of what made the future radio and TV analyst such a fine player, ex-teammates will tell you.

“Coach Henson used to say, “You’ve got to break them,’” former Illini assistant Jimmy Collins says. “Steve was a guy you couldn’t break. But hindsight’s a great thing. Looking back, we didn’t need to, because he was smart enough, he was big enough, he was tough enough and he did whatever it took to win a ballgame.”