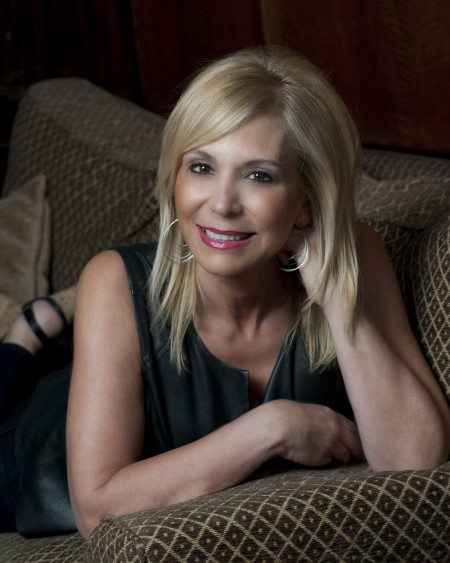 The top 10 reasons why KarenLee Poter’s college years in C-U go down as the best four years of her fun-filled life:

1. Hash Wednesday on the Quad. “We’d spend the whole day Woodstock-style — smoking pot and picnicking on 4/20. It was so much fun. We’d smoke, dance, eat and party all day sprawled on blankets on the Quad. It was not legal, but I guess it would be a waste of time for the university to try and stop it from happening.”

2. Bar hopping. “The following bars were where we hung out and where wine and beer were legal, just no hard alcohol: Dooley’s, Kam’s, The Red Lion and White Horse.

"Kam’s — need I say more? My two sorority sisters bartended there and it was one of my favorite hangouts, sticky floors and all.

“Side note: I went there for Mom’s Weekend with my son a few years ago and had a fight with the bouncer, who wouldn’t let me in ’cause my name wasn’t on his ‘list.’ He still refused, even though I told him my two sorority sisters worked there back in the ’70s.

"I ended up giving Kam’s a poor Yelp review. I heard they’re moving now and hope it wasn’t ‘cause of the bad review.”

3. Bromley Hall. “My freshman dorm. Crazy stories and memories of blasting Peter Frampton and Lynyrd Skynyrd repeatedly. My first night at Bromley, I stayed up all night just ’cause I could and broke up the relationship I thought was going to last forever during new student week.”

4. Football games. “This would not happen anymore but there was a practice of passing small women up the stands during the game. I was one of the ones who would be chosen, since I’m short, and although it sounds like a grope fest, it was really just fun. I’d usually be dropped at some point, which every now and then was a bit dangerous since the stands were made of concrete.

“I do remember it being so cold that we’d stop at every fraternity on the way to the stadium to do shots and carry a bota of peppermint schnapps to warm us up during the mostly losing games. I didn’t care who won, since I never learned the rules of the game and was inebriated through most of them. I was there for the fun — are you noticing a trend?”

5. Frat/sorority parties. “This was my entire social life. Fiji Island, ZBT’s Taco and Tequila parties, and of course my sorority, Delta Phi Epsilon, which I was one of the founding members.

“My sophomore year, I lived with 14 of my close friends in a house across from Bromley which had room for 50 women. This was not your typical sorority. We had no rules and essentially partied and watched ‘All My Children,’ whenever we weren’t in class. We never scheduled a class before 10 and needed to be back at noon for All My Kids.”

6. The hayride. “I planned a fun event as the social chairperson during my junior year and got so drunk that I never realized that the hayride never showed up.”

7. Afterhours parties starting at 1 a.m. at TEPS fraternity. “Some of my fondest memories were dancing all night to Earth Wind & Fire blaring from gigantic Klipsch speakers that were bigger than me. Making out with multiple boys ... what can I say? ... it was fun.

“We’d somehow stay up till 5 a.m. when Ye Olde Doughnut Shoppe would serve their piping hot, fresh-out-of-the-oven rosebud doughnuts. I can still feel the sugar rush.”

8. Concerts. “All the best bands came through. In order to get the good seats at the Assembly Hall, we’d have to enter a lottery. A list would be printed out prior to the concert and whoever got the best number was able to buy 10 tickets.

“Somehow, we’d always find someone who got a low enough number who’d share a ticket with us. My current addiction for live concerts stems from the days when Elton John, The Spinners and Bruce Springsteen came to town.”

9. Hanging out in dorm rooms and frats. “Smoking, singing, dancing, drinking, a dance marathon, frat park games and sharing hilarious stories of kitchens that were condemned were what I recall the fondest when looking back. I met my best friends there and although I moved across the country, they’re still my BFFs.”

10. Meeting Mr. Right. “This was one of the greatest benefits to my going to University of Illinois. I still remember entering his dorm room and hearing, ‘Make My Funk The P-Funk,’ by George Clinton and Parliament as he offered me a hit from his five-foot bong. At our wedding, all his fraternity brothers serenaded me with ‘The Teps Sweetheart’ song.

“Since we both went there and loved it so much, we always wanted one of our three kids to go to U of I. Unfortunately, Gary was killed and wasn’t able to witness — at least from Earth — Jeremy attending the University of Illinois, class of 2016. Still extremely inexpensive, by the way.

“So there you have ten of the hundreds of memories of straight up fun that I had at the University of Illinois-Champaign-Urbana, Class of 1980. God, that sounds old, but boy those truly were the best four years of my life.

“No responsibilities, no mortgage or kids to worry about, no ailing parents to take care of, no work that keeps piling up. Just, well, you know ... straight-up fun.”