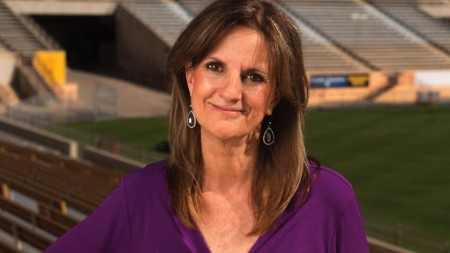 The first time Paola Boivin felt like she really belonged — a woman sportswriter in a profession dominated by men — she was in the back corner of the basement of Illini Hall.

“I was surrounded by a group of fellow students and male colleagues who never once made me feel like I wasn’t their equal. In the real word at that time, it was tough for female sports journalists.

"Not that in that room.”

In January 2018, the Arizona Republic alum was one of six new members appointed to the College Football Playoff selection committee. Boivin became the second woman chosen. The first: Condoleezza Rice (2014-16).