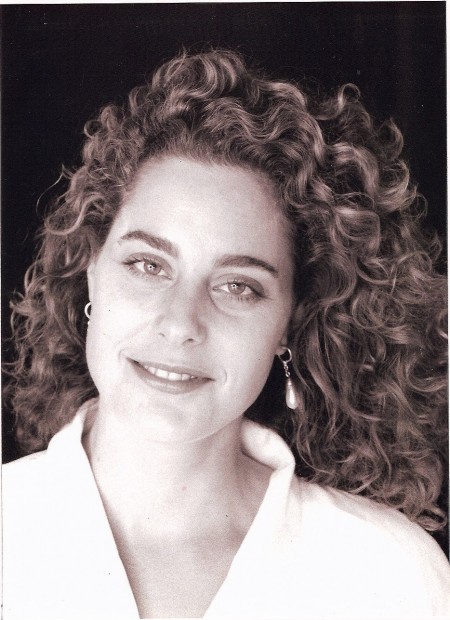 From an unexpected circus elephant encounter on Pennsylvania Ave. to living among her people at the now-100-year-old Harvard Apartments, these are a few of acclaimed artist and author Leslie Erganian‘s favorite things about her time on campus:

“Memories of my time at U of I as an MFA photography grad. Thousands of points of light, pulses of influence. Formative. Reformative. A time of plenty and of access, even for we who had chosen the rocky path of the artist, a path of financial scarcity in exchange for the possibility of exploration, immersion, expression.

“Performance. At Krannert, Assembly Hall, Foellinger Auditorium. Concerts everywhere. Music everywhere. Working for Starcourse, devouring a year’s worth of Rolling Stone magazines in our offices on the second floor of the Illini Union the first week. Trying to catch up to speed. Talking to bookers, managers, musicians on the phone. Being expected to jump right in.

“Ushering in exchange for a chance to hear anyone, everyone, from the Chicago Symphony Orchestra to the Allman Brothers Band. Missing Elvis because I came down with the flu. Missing what would become his last performance.

“Listening to vinyl. Making cassette tapes of our favorite cuts. Exchanging music we loved with people we loved. Studying for my MFA in photography at the School of Art + Design.

“Checking out photography books from the supply room on the second floor between making paper prints by hand with wet chemicals under a red light bulb. Sitting on the floor of the hall. Knees up, back against a pin-up board, devouring images. Book after book. Having my own darkroom. Teaching my own classes. Taking pride in my student’s work. Feeling their love in return.

— “Jerry Savage, my painting professor, lived in a theater and painted on a stage. His carpet patterns made it into that year’s work.

— “Luther Smith, my photography professor, kept his feet in cowboy boots propped up on a table during our critiques and kept his eyes focused on the details.

— “Barbara DeGenevieve, my mixed-media muse was often the provocateur, often crossed the line. Having done so, she said, step over, it’s fine.

“My education had discipline and rigor. My professors and classmates had generosity. Our drumbeat was to experiment, but then commit. We learned our craft. We practiced our craft. We knew artistic freedom to be a beginning.

“Seeing films. Every day. Everywhere. Films in basements, films in churches, films in theaters. Films in classrooms. It was a good time for great films. Seeing great films cultivated an appetite for seeing more great films, and for understanding what made the great ones great, for going on to study the language of cinema. But that would come later.

“Having a surreal encounter with the Ringling Brothers and Barnum & Bailey Circus. Walking alongside the elephants with my best friend April down Pennsylvania Avenue at midnight to the Amtrak train station, walking past cornfields and a red and white stripped smokestack before almost anyone had even heard of David Lynch. Watching each elephant break off tail from trunk and enter their own train cars filled with golden hay glowing under an overhead light. Busby Berkeley dancers couldn’t touch their grace.

“Writing a letter to Larry Doyle, the then-editor of The Daily Illini. Asking why he didn’t think that art was news. Offering to review art. Becoming a political cartoonist at his invitation instead. Something I never knew I had in me. Finding a champion. Making a friend. Winding up in the funny papers, and down the hall from Larry at Warner Brothers, making Looney Tunes.

“Living at Harvard Apartments, a 24-unit building built in 1919, filled with artists who became friends. Located at 806 South Third Street in Champaign, it was the center of all-things-possible. I became the manager in exchange for free rent. C.H. Beetle and his daughter Joanne owned our building and kept rents steady so that we lucky few could focus on our art education and expression. Such a gentleman and gentlewoman. May they rest in peace.

“Circling the Classifieds every Saturday in red, then driving off to each and every yard sale throughout two cities to collect whatever inspired our eyes. Living like a Prince and Princess for pennies. Mr. P and me.

“Seeing art. Making art. Showing our art in halls and on walls throughout each and every space and place that would allow it. Graduating, MFA in hand, Champaign-Urbana woven in my soul.”