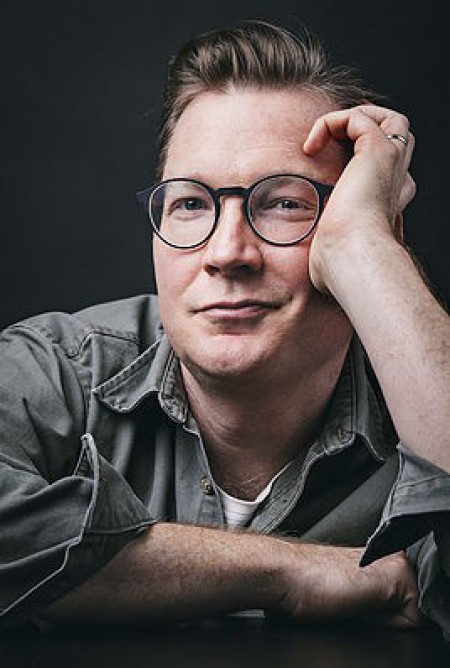 The perfect Friday, as described by Mark Adams — then a late ’80s English major and now a New York Times best-selling author:

“Getting my paycheck for washing dishes at Bromley Hall, blowing half at Record Swap, stopping at Space Port for a few games of Spy Hunter, then spending the rest of my money at DeLuxe, shooting pool, eating fish sandwiches and drinking dollar imports.”

Adams (BS ’89, English) is one of the most acclaimed active authors to attend the UI — Mr. America was named to The Washington Post’s Best Books of 2009 list; 2011’s Turn Right at Machu Picchu became a New York Times best-seller. His success in publishing came after editor gigs at Conde Nast, National Geographic and Time Inc.

He’s also a music buff — more of a Record Swap than Record Service guy back when the two stores sat across Green street from one another.

“If I woke up in the late ’80s Record Swap tomorrow, I’d recognize where I was: the narrow staircase up; the ‘new’ used albums on the right when you came in; the handwritten stickers recommending certain records — one Greg Kihn album must’ve sat unsold all four years I was there; the dude with the long black hair behind the counter; the poster saying ‘HOME RECORDING IS KILLING THE RECORD BUSINESS — AND IT’S ABOUT TIME.”