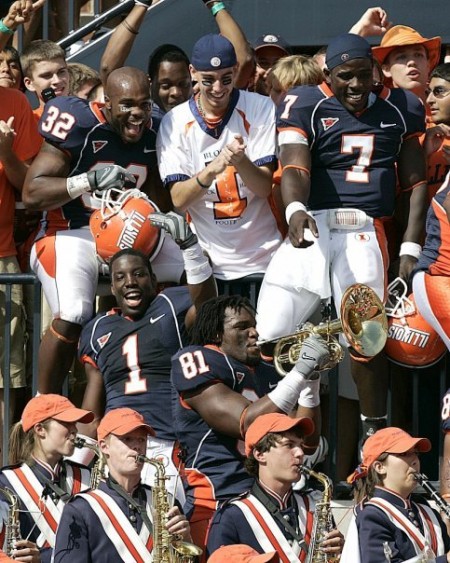 What happened on the Memorial Stadium turf on Sept. 29, 2007 is something Kevin Mitchell won’t soon forget.

Ditto for what took place off it, moments after Ron Zook’s Illini knocked off 21st-ranked Penn State.

"I remember rushing to the end zone, up into the crowd where the new student section was located. I looked over and, not to my surprise, saw (teammate) Will Davis, in uniform, playing a band member’s trumpet," Mitchell says.

“Every time someone talks about that victory, I just imagine him and everyone laughing and pointing hysterically.”