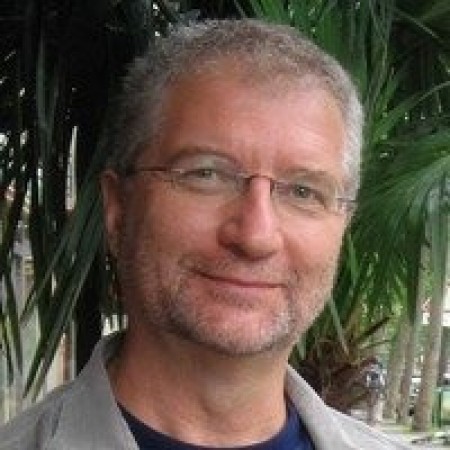 These are a few of software developer Marc Pelczarski's favorite UI things:

— “Cubby-hole to study in the evening: the vending room at the Illini Union.”

— "Memorable event: John Hartford performing there. Indirectly led to meeting my wife Cheryl, who I met while waiting for Hartford to perform several years later in a student lounge at NIU, while I lived in Dekalb and taught at a nearby high school."

— "Place that led to professional path: lower level of the Education Building, where I had an office as a research assistant during my senior year. The adjoining room had Plato terminals, where I discovered the allure of networked computer games at 1 a.m. on nights when I had nothing better to do. That was the case more frequently than I might have preferred."

— "Memorable place II: the original Garcia’s, on Wright Street, across from Altgeld just south of Green. When I arrived, it was the McGovern campaign headquarters. By the next year, Garcia’s Flying Tomato Brothers had opened with pan pizza by the slice. We’d go there for a midnight snack before their 1 a.m. closing, announced by the William Tell Overture version from 'Clockwork Orange.'"