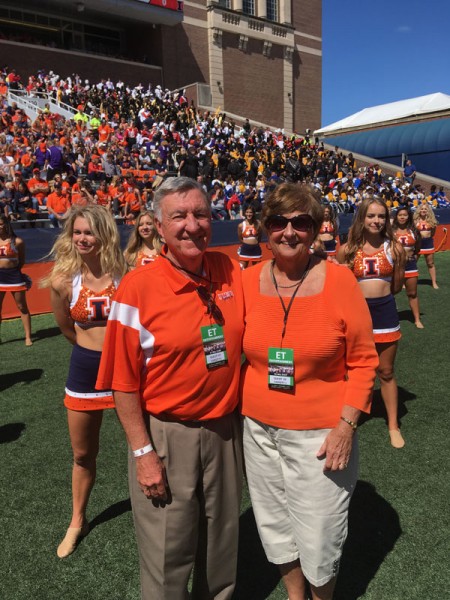 1. “First is the ‘TI’ at its old location — a favorite for many Illini baseball players at the time — where I took my now-wife (Barbara) for one of our first on-campus dates and promptly lost all her ID cards. I have never touched the checkbook in 50 years.”

2. ‘Second is Bidwell’s on Wright Street, where a math major, my wife, and an engineer, me, could meet during a class break.”

3. “Third: the original Po’ Boys for Sunday night meals and being served by Illini football players and never asking what was going on in the back room.”

4. “Last, the Spudnuts on Mathews for energy in the all-nighters.”