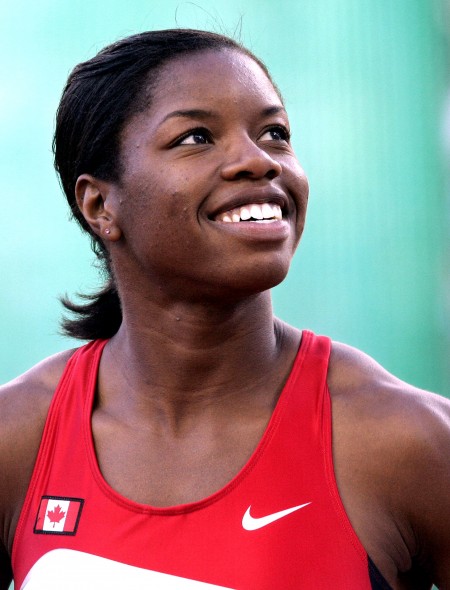 She's delivered two Hall of Fame induction speeches in as many years, as an inductee into Canada's sports hall in 2016 and among the inaugural members of the new Illini athletics hall this past September.

It's the kind of thing that has made Perdita Felicien (BS '04 — with honors) think back on her hurdling career — the three NCAA championships, the Big Ten Freshman of the Year honor, the two Summer Olympics ... and her unusual roommate in Sydney.

Take it away, champ.

“In 2000 as a freshman at the U of I, I made my first Olympic team. In Sydney, we got tons of swag — Game Boys, Olympic towels, sweaters, flip flops, bags. I was in freebie heaven.

“I had a roommate who was going to compete in the Paralympics a few weeks later. One morning, I happened to look at our garbage, and noticed it was unusually full to the brim. Something told me to dig through it. I noticed all this Olympic loot near the top.

“My roommate had trashed all her goodies, which she likely didn´t want to lug around. I was shocked, but wasn´t going to let it just sit there. Before she got back from breakfast, I grabbed every single item and put them in my drawer.

“How´s that for one man´s trash is another man´s treasure?”