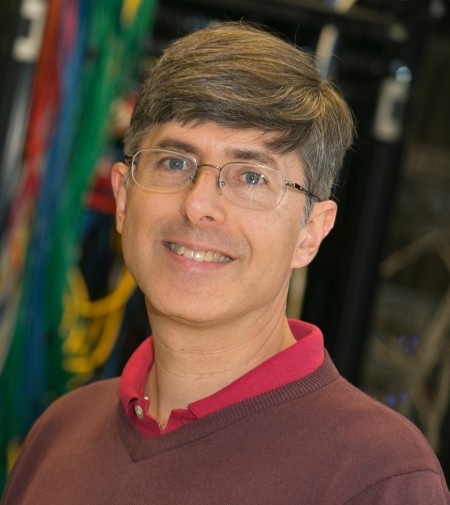 On a recent visit to the campus where he earned his Ph.D., Steve Skiena was pleased to see the basement stacks of the math library exactly as he left them three decades earlier.

Well, with one notable exception, that is.

“The only difference I saw was something that I was very proud of: they now contain copies of two books that I have written since I was a graduate student,” says the 1988 computer science grad, who now teaches his specialty at Stony Brook University.

“Altgeld Hall is a beautiful, ridiculous old Romanesque building, and the math library has always been decorated like it was something out of tales from ‘One Thousand and One Nights.’ The basement stacks of this library are where I always disappeared to when I needed quiet and inspiration.”

As for the faculty member who made the biggest mark on the future educator, it’s a two-way tie for first.

“The late David Muller was a professor of mathematics and computer science, who is perhaps most famous for the Reed-Muller codes that protect DVDs from data loss due to scratches,” Skiena says. “I had him for a class on NP-completeness during my first year of graduate school that had much to do with turning me into a theoretical computer scientist.

“As I write this, I realize that he was not too much older than me back then than I am now, and I recall discussions with him about senior life goals that seem much more relevant to me now than they did when I was a graduate student.

“Stephen Wolfram was also a very memorable figure at UIUC, and his company remains a vital presence in Champaign.

"I remember taking what I believe to be the one and only class he ever taught there — on cellular automata — and being present at creation as he built Mathematica with a small team.”